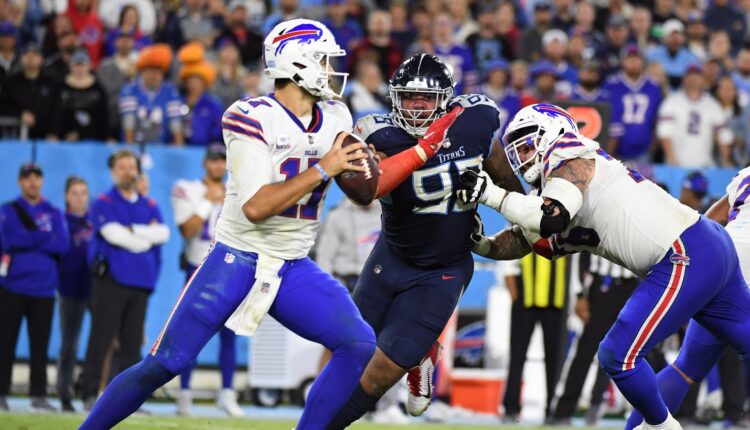 The Buffalo Bills will host the Tennessee Titans on Monday Night Football on September 19 in the Bills’ home opener for what’s sure to be a raucous environment at Highmark Stadium.

In a season with Super Bowl expectations, the Bills will play their first two games of the year in prime time, opening the season on the road against the defending Super Bowl champion Los Angeles Rams (September 8) before welcoming the Titans to Western New York in week 2

ESPN’s Monday Night Football is actually broadcasting two games during Week 2: the Bills vs. the Titans at 7:15 PM Eastern., and the Minnesota Vikings vs. the Philadelphia Eagles at 8:30 PM Eastern.

Whenever there is an NFL game set to be broadcast on ESPN, the NFL Network or a streaming site, the broadcast rights involving the teams in the participating markets are put up for a bid, to ensure all viewers in those markets can tune in and watch the contest.

In reporting confirmed by The Buffalo News’ Alan Pargament, in the Buffalo market, WGRZ-TV (Ch. 2) will broadcast Buffalo’s home opener vs. the Titans. The game will be carried on both WGRZ and on ESPN.

Levy, Orlovsky, and Rutledge will be in Buffalo working the Bills/Titans game, while Buck and Aikman will be on the call for the Vikings/Eagles clash.