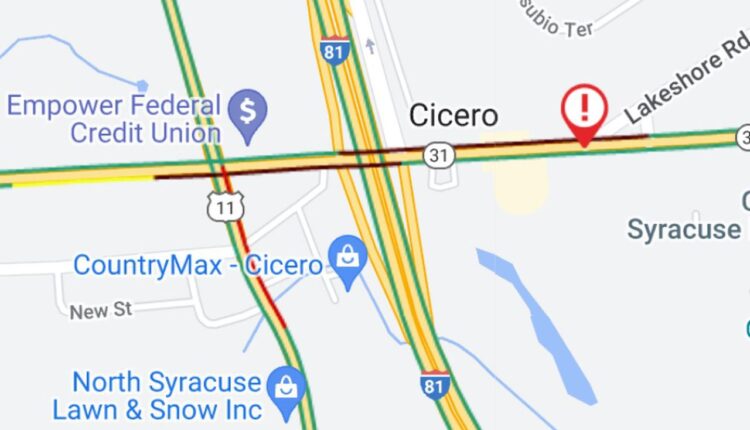 Update as of 12:05: The portion of Route 31 previously closed by a crash has reopened, according to the State Department of Transportation.

Cicero, NY — A portion of Route 31 westbound is closed while first responders are on the scene of a motor vehicle accident Sunday, according to the Department of Transportation.

The left lane of Route 31 westbound between Lakeshore and Pardee roads closed at 11:35 am, according to a traffic alert from the State Department of Transportation. It could be closed for up to two hours, the department said.

One 911 caller told dispatchers a person was pulled from a vehicle that was on fire, according to dispatches from the Onondaga County 911 Center.

A first responder on the scene reported one vehicle was on fire and that there were multiple vehicles involved, according to dispatches.

A second ambulance was requested to the scene, according to dispatches.

This is a developing story and will be updated as more information becomes available.