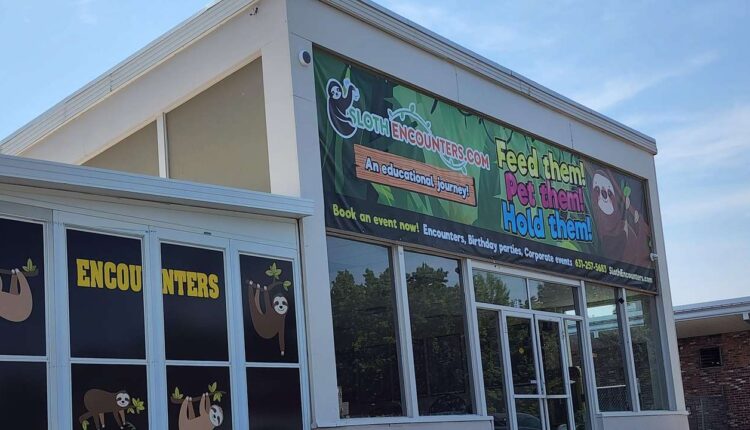 Management of Sloth Encounters, on Veterans Memorial Highway, issued a notice of violation for change of use without a permit, lack of fire extinguishers, lack of carbon monoxide detectors and for electrical hazards, town spokeswoman Caroline Smith told Newsday. The violations came after a July 25 inspection by town fire marshals.

“They will have 30 days to rectify the issues, or they will receive a summons,” Smith wrote in an email.

Larry Wallach — an East Rockaway man who registered the business slothencounters.com at the address with the state in July — could not be reached for comment.

Sloth Encounters charges $50 per hour to hold, feed and pet its sloths, which include baby sloths, according to its website. It charges more for birthday parties and annual memberships.

Long Island animal advocates accused the business of exploiting animals soon after it opened this summer, and county officials cited it for operating as a petting zoo without having obtained the necessary permit.

In an email to Newsday last month, People for the Ethical Treatment of Animals said Wallach “subjects solitary, nocturnal sloths, including a vulnerable baby, to grabbing hands, noisy crowds, and ramshackle cages.”

A man who answered the phone at Sloth Encounters in July said Wallach did not own the physical business, only the website.

Gelding, who has lived with animals including a declawed cougar and a wallaby, had a USDA animal exhibitor license that expired in June, according to records. USDA inspections of six slots in his possession in May and June found no violations.

Nicholas Spangler covers the Town of Smithtown and has worked at Newsday since 2010.