The NFL will not continue the Buffalo Bills-Cincinnati Bengals game 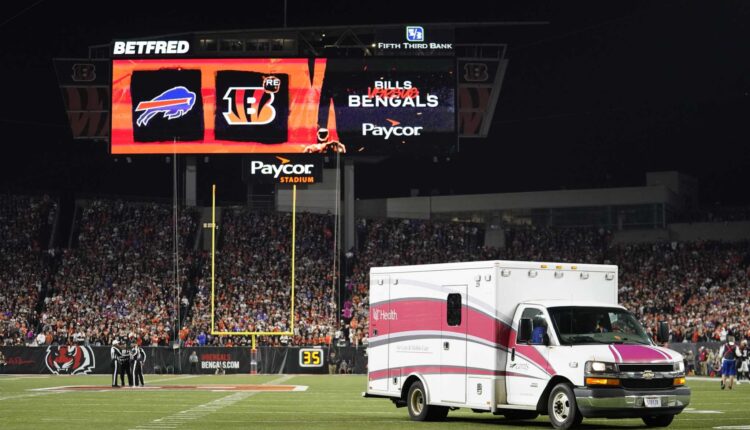 The NFL will not resume the Bills-Bengals game, which was suspended Monday night after Buffalo safety Damar Hamlin collapsed and suffered an on-field cardiac arrest, two people familiar with the decision told The Associated Press on Thursday .

Both people spoke to the AP on condition of anonymity as the league is still figuring out how to set seeding and playoff scheduling. The NFL Players Association must approve changes that would require additional work for players.

Hamlin has shown what doctors treating him are calling a “remarkable improvement over the past 24 hours,” the team said on Thursday, three days after the 24-year-old player had to be resuscitated on the field.

The Bills-Bengals game had a major impact on the playoffs for the AFC. Determining next steps is an extensive process, and the league is considering various scenarios.

A decision is expected by Friday at the latest.

Buffalo (12-3) started Monday night and needed a win to retain the AFC No. 1 seed. The Kansas City Chiefs (13-3) now hold that spot. The Bengals (11-4) had a chance to secure that top spot with two more wins and a Chiefs loss.

The seedings can be determined by the win percentage. In that case, the Chiefs would stay ahead with a win over the Las Vegas Raiders on Saturday.

The Bills lost a thrilling overtime game in Kansas City last year in the divisional round. They defeated the Chiefs 24-20 in Kansas City in October to secure a tiebreak advantage for the No. 1 seed and home field advantage in the playoffs.

Fielding an eighth playoff team in both conferences and giving the top two teams a bye in the first round is perhaps the most intriguing of the many possibilities.

DeMaurice Smith, the NFLPA’s executive director, said the league did not come forward with that proposal.

“An eighth playoff team would mean extra work for the players,” Smith said. “The union negotiates wages, hours and working conditions. That would increase the hours of the eighth team. It would be a necessary condition for negotiations.”

The Pittsburgh Steelers (8-8) are among the teams that would be affected by an additional playoff team. The Steelers need to beat Cleveland on Sunday and need losses to Miami and New England to secure a playoff spot that seemed 2-6 unlikely earlier in the season. The addition of an eighth playoff team would give Pittsburgh a little more leeway to reach the postseason for the third straight year.

“This works for us,” Steelers inside linebacker Myles Jack said. “That would be good. To get another chance to get in there, so it increases our chances. I’m all for it. It’s up to them. That would be pretty cool.”

AP Sports writers John Wawrow and Will Graves contributed to this report.

New York Senate bill would bar insurgents from holding office in the state on Jan. 6 | world/nation