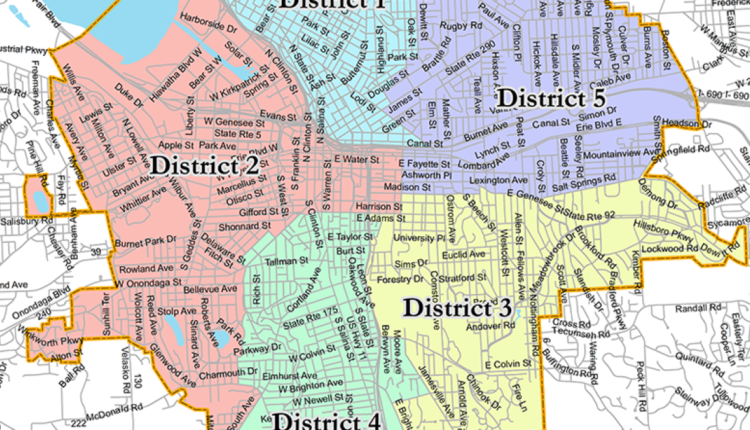 District 4 covers a large portion of the Southside and is predominantly African American. When commissioners presented their maps to the Syracuse Common Council for the first time this week, councilors asked for the reasoning behind the new lines.

Commissioner Charles Jackson said it was a result of both the commission’s goals and community input.

“In our listening meetings, in every single one, we had at least one to three people state they want a majority-minority district, and so that became a priority,” Jackson said.

Commission Co-Chair Jon Hamblin pointed out that all of the current council districts are all majority white. The commission wasn’t required by the Voting Rights Act to make a majority-minority district because members of minority populations currently serve on the Common Council. However, Hamblin said the data and public response gave them a reason to do it.

“We just felt that, and the majority of our commission felt that it was time in Syracuse to have a minority-majority district because it is feasible to have one,” Hamblin said.

The commission’s other co-chair Molly Lizzio added that the creation of a majority-minority district is a way to ensure the Common Council remains diverse and representative of the community into the future.

“It’s not enough to say, ‘Well there’s a diverse council now.’ We have 10 years until we have to redo these, and so this is ensuring that that option is always there for this community,” Lizzio said.

The council can approve or reject the maps as submitted, but they can’t change them. More public meetings are likely to occur before the council makes a decision on the new map. They must vote by Oct. 1.

A chart detailing the demographics of Syracuse’s districts 10 years apart.