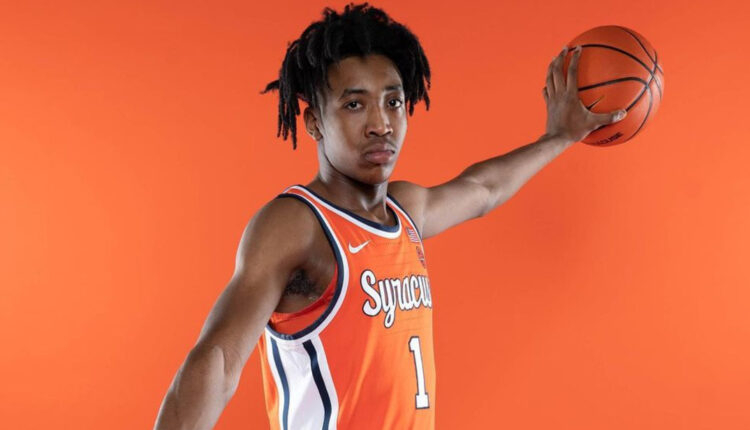 Class of 2024 Bronx (NY) Cardinal Hayes guard Elijah Moore trimmed his roster to five schools and Syracuse made the cut, according to On3.com’s Joe Tipton. Syracuse made the top five along with Alabama, Arkansas, Miami and Oklahoma State.

Moore has officially visited the state of Oklahoma and Syracuse and plans to bring one to Alabama later this month. He is aiming for a decision by the end of January.

“Coaches, atmosphere, people and style of play,” Moore said of why Syracuse made its top five.

Moore is a 6-4 guard and is considered one of the top marksmen and scorers in the 2024 recruit class. The orange made a big impression when he visited in October.

“The visit was really fun,” said Moore. “I enjoyed the time I spent with the coaches and players. They treated me lovingly and definitely had a lot of good sides. I had a few meetings with people from school. I saw the campus, had breakfast with the coaches, watched team training, went to their orange and white game and definitely did a lot.

“The best thing for me was being able to go to the coach’s house and have dinner with the team. Coach Boeheim is a legend and has done many things in the basketball world. Being able to have dinner at his house and play pool with the boys His laughter and wit was amazing. All of his pictures, frames and awards are one thing that really stood out.”