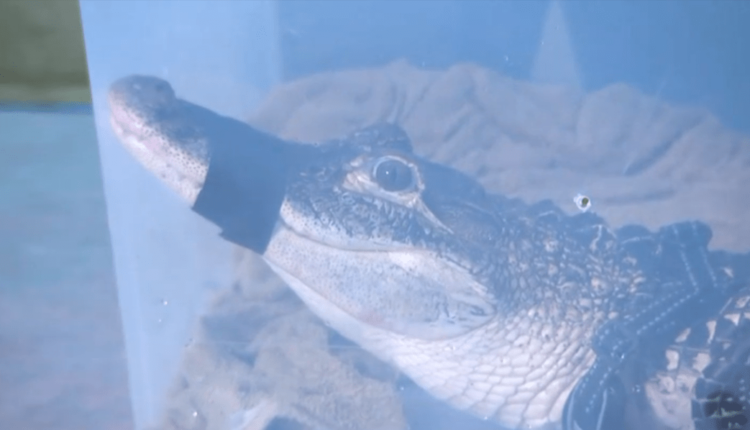 Alligators don’t belong on Long Island. And yet…

A 9-year-old, 5-foot-long American alligator named Zachary was turned over to the New York state Department of Environmental Conservation and Suffolk County Society for the Prevention of Cruelty to Animals this week, officials say.

According to Suffolk County SPCA Chief Ray Gross, the reptile’s owner gave it up. The owner had bought the gator out of state, lacked the permit to own it in New York and could no longer care for it, according to Gross.

Zachary will be sent to a licensed wildlife sanctuary.

“Alligators do not make good pets, are a danger to the public, and are illegal to own without a permit from the NYSDEC,” Gross offered by way of reminder (if anyone needed one).

He said 22 alligators that may have been kept initially as pets by various people or places were once illegally released on Long Island within a year, ending the public. Gross would like to avoid a repeat.

Anyone who sees an abandoned reptile is asked to call the Suffolk County SPCA at 631-382-7722 or NYSDEC Police at 631-444-0250. Owners of exotic animals may surrender theirs without penalty or charges for illegal possession.

Will There Be Free Samples at the North East Cannabis Convention?