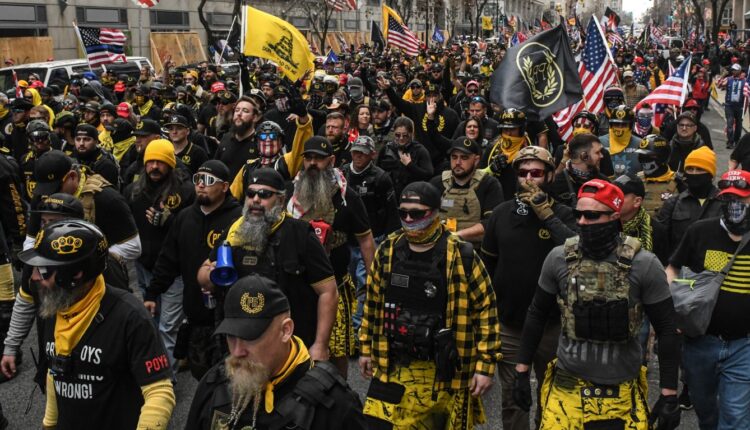 In an October 2020 report, the Department of Homeland Security singled out violent extremism by white supremacists as one of the leading threats to national security. Just three months later, on January 6, 2021, thousands of rioters, including white supremacists and other extremist groups, stormed the US Capitol to overturn the results of the 2020 presidential election. One of these groups is called the Proud Boys. (Here’s a look at the politicians behind the stolen election are lying.)

The Proud Boys are a self-proclaimed “pro-Western fraternal organization for men who refuse to apologize for creating the modern world, also known as Western chauvinists”. The group rose to fame in September 2020 when President Donald Trump mentioned them by name during a nationally televised debate and told them to “stand back and stand by” after being urged by the host to condemn white supremacy and extremism.

Since forming in 2016, The Proud Boys have regularly denied allegations of racism and misogyny against them. And while the public might question their ideology, their right to express it – bigoted or not – is protected by the First Amendment.

However, constitutional rights only go so far, and unlike freedom of expression, hate speech is not addressed in the Bill of Rights. In the two years since the January 6 Capitol riot, 48 Proud Boys have been brought to trial on riot-related charges. Among them are five group leaders who were indicted by a federal grand jury on seditious conspiracy charges and now face up to 20 years in prison.

As the Proud Boys have risen to the national spotlight, their ranks have expanded. According to Southern Poverty Law Center, a civil rights advocacy group, there were 72 active Proud Boy chapters in the US in 2021, up from 43 the year before. The surge came as the total number of hate groups nationwide fell from 838 in 2020 to 733 in 2021. (Here’s a look at America’s Biggest Hate Groups.)

Click here to view the states where the proud boys have grown the most since January 6th.

NYPD, Mayor Adams on police officer shot in the Bronx