Significant snow could be discharged in the Northeast, Midwest, Ohio Valley and mid-Atlantic next week 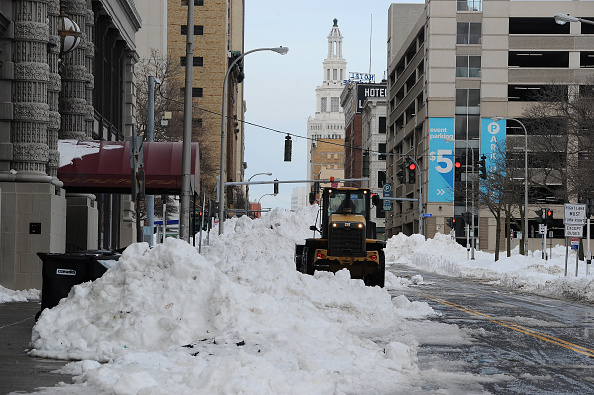 The latest weather forecast showed significant snow could unload in parts of the Northeast, Midwest, Ohio Valley and mid-Atlantic next week.

Expect more snow in parts of the country during the second week of January, ranging from light to moderate snow.

Recently, the bomb cyclone and heavy atmospheric flow in California and the West Coast have caused flooding, evacuations and torrential rains. Many residents had to be evacuated because of the persistent rain.

According to forecasts, residents should stay up to date with weather updates, especially the storms. Bringing an umbrella or rain gear is a must.

According to AccuWeather’s latest forecast, the agency said the prospects for significant snowfall would develop in the Northeast and Midwest next week.

The cold front will bring cooler air and snow next week. However, weather conditions are not expected to get worse and light snowfall is expected.

On Sunday, the weather forecast showed that wintry weather conditions could set in.

While the snow is expected to be light, it would still cause significant travel delays and slowed commutes. Commuters and drivers should therefore check the weather conditions before setting off.

Meanwhile, the National Weather Service (NWS) said heavy rains will continue in parts of California this week. The note added that the storm was unloading damaging winds, sustained rain and heavy snow.

The advisor warned residents of possible flooding, mudslides and flash floods. In addition, people near the coast should pay attention to river rises.

Weather conditions in the Midwest and Northeast

Though no severe storm is reported next week, forecasts added snow could discharge in parts of the Midwest and Northeast.

Slush could occur in Baltimore, Philadelphia, Washington DC, State College and Indianapolis on Monday. Residents and drivers warned of dangers on the road due to wet snow conditions.

In California, CNN reported that residents could expect more rain and mountain snow next week.

Drivers traveling or planning outdoor activities should keep an eye on the weather. Snow potential would be unleashed next week in Columbus, Charleston, Bowling Green, Pittsburg, Albany, New York, Boston, Portland, Washington, Boston and New York, according to AccuWeather.

The seasonally cold weather will continue into next week. Meanwhile, drivers have to watch out for untreated road surfaces and wet roads. It’s best to drive slowly, especially if you plan to travel to areas with reported snow.

Related article: How to Prepare for Storms with Heavy Rain and High Winds in the US

For more similar ones don’t forget to follow News from the world of nature.

© 2023 NatureWorldNews.com All rights reserved. Do not reproduce without permission.