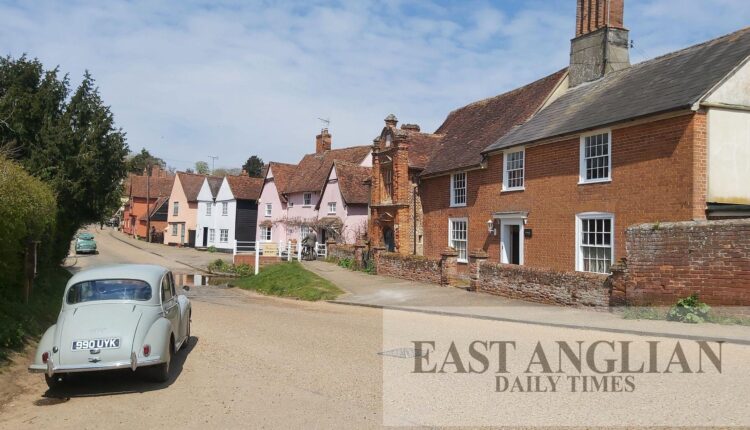 New steps will be taken to continue to attract filmmakers to showcase Suffolk on the big screen and bring in millions to the local economy.

Since investing in Screen Suffolk in 2016, public sector leaders have noticed a visible increase in filming days across the county, from 30 days a year to over 800.

Screen Suffolk is the official film office for the region, representing all seven District Councils and Suffolk County Council.

Putting Suffolk on the big screen brought an estimated direct spend of £11.5m into the region’s economy.

Suffolk’s landscape and locations have been featured in recent blockbusters such as Yesterday, The Dig, The Personal History of David Copperfield and Downton Abbey, as well as hit TV series such as BBC 4’s The Detectorists.

The county’s scenery has also attracted brands such as Burberry, Barclays Bank, and Marks and Spencer to film their adverts.

Councilor Suzie Morley, the chairwoman of the SPSL Group and leader of Mid Suffolk District Council, said: “The way the service has evolved and grown over a relatively short period of time and the benefits it has already brought to the county have been incredible. ”

The company now operates a comprehensive film permitting service, with a database of almost 550 filming locations across Suffolk and registered local Suffolk cast and crew.

Nationally, around £5.64 billion is spent on film and high-end production, with 70% still centered in London and the South East.

Through a partnership with FilmFixer, Screen Suffolk is also working with young people who want to get into the film industry – providing work experience and opportunities to get involved on Suffolk shoots.

Britbox series, The Magpie Murders, saw the village of Kersey, in Babergh, transported back to the 1950s for filming last year.

Councilor John Ward, Babergh District Council leader, said: “The success in bringing filming such as this to our county has been phenomenal – it’s put Suffolk on the map.

“For a relatively small investment over a five-year period, the returns are going to be huge.”

Sutton Hoo – Suffolk’s Anglo-Saxon royal burial site – was also presented to the wider audience in the Netflix film, The Dig, which focused on the discovery and excavation of the archaeological find in the 1930s.