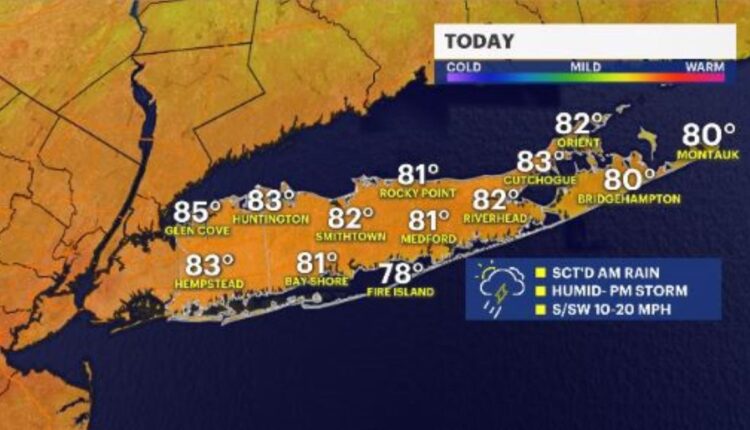 WHAT’S NEW: For the afternoon to evening rush, scattered thunderstorms could be popping up and some of them have the potential to be strong to severe. 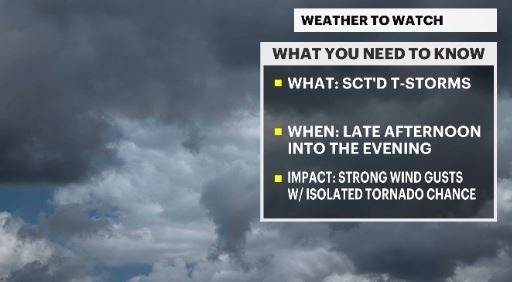 News 12 Meteorologist Addison Green says a strong storm threatens looms for the evening rush. The Storm Prediction Center has Long Island in a marginal threat of 1 out of 5 for severe weather, with the main concern being damaging winds. 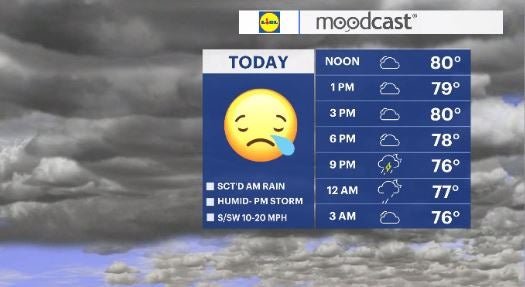 WHAT’S NEXT: After the storm potential fades from today’s point of view, the heat will be on the rise! A string of several 90+ degree days are coming for Long Island from Wednesday through Saturday. 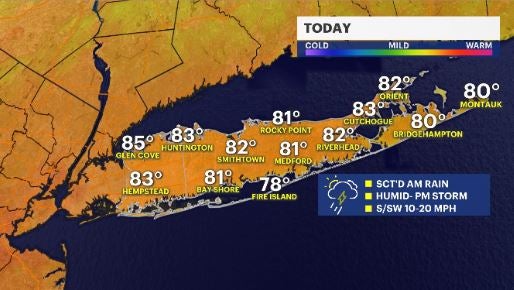 TODAY: There is a chance of stronger to severe storms for the afternoon rush and through the evening hours. Expect temperature highs near 82 degrees. 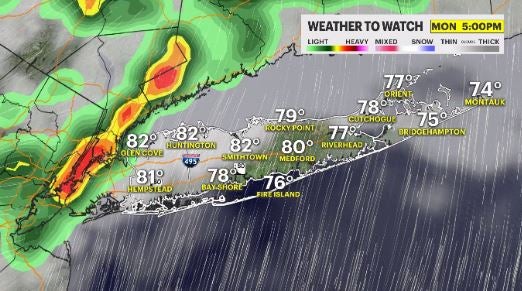 TONIGHT: A shower and storm threat fades overnight with mostly cloudy skies to follow. Humidity isn’t going away anytime soon. Overnight lows go down into the low to mid-70s. 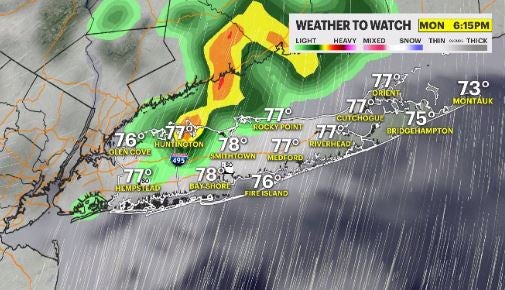 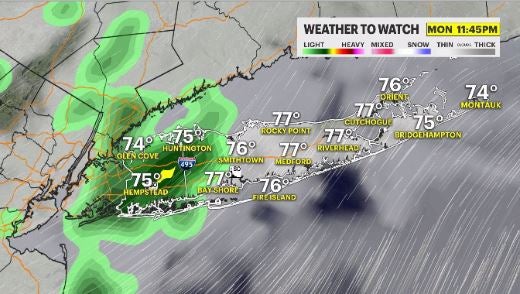 TUESDAY: The day should start off partly cloudy to mostly sunny with temperatures on the rise. Expect highs near 89 degrees, though it should feel near the low-90s. In the evening, temperatures are expected to drop near 73 degrees. 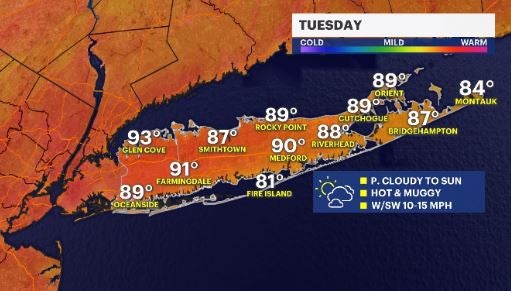 WEDNESDAY: By midweek, expect hazy, hot and humid conditions with mostly sunny skies. Prepare for highs near 92, but it should feel like the high-90s. Expect temperatures to drop in the low evenings to the mid-70s. 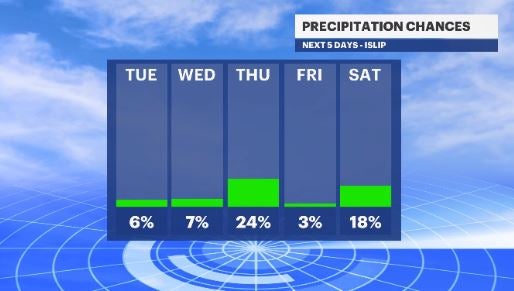 THURSDAY: The day should be mostly sunny to partly cloudy, as well as hot and humid, with a chance of an afternoon or evening storm. Expect highs during the day near 91 degrees but feels near 99 degrees. In the evening, it should drop to the mid-70s.

FRIDAY: Prepare for a partly cloudy and very muggy day with highs near 90 degrees. Expect temperatures to drop to the mid-70s in the evening.

SATURDAY: The weekend should start off with a mix of sun and clouds, but it should still be sticky out. Anticipate highs near 90 degrees and lows into the low-70s. 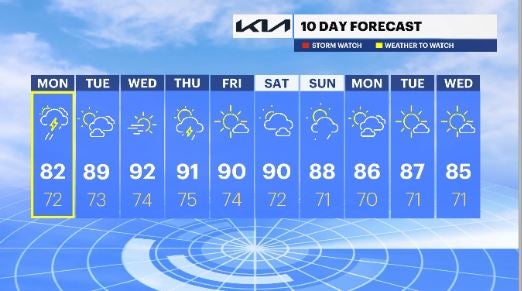 The Most Bizarre Story of 2022 NHL Free Agency Involves the Buffalo Sabers, a Staples Printer, and a 25-year-old Defenseman

Syracuse’s Run of the Dead canceled after 10 years; zombie walk still staggering on