Rebecca Hall outshines her own movie in “Resurrection” 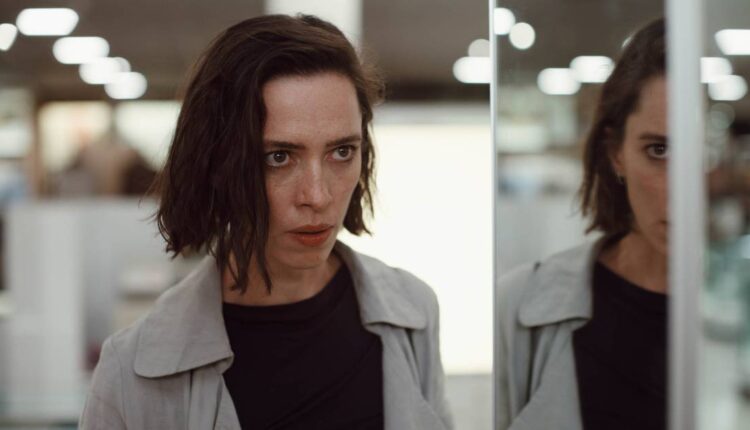 In the movies, the interior trauma of so many women endure years or decades after the end of an abusive relationship is resolved with a cruelly misleading lack of fuss or psychological fallout.

Eventually, the tormentor must be killed, and then life goes on for the newly cleansed character played by the actress above the title. IFC’s “Resurrection” follows that template, to a point, though with Rebecca Hall in the leading role, the emotional terrain staked out truly is riveting, authentic and messy — even when writer-director Andrew Semans’ second feature falls short.

Is this the fate of extraordinary actors? To outclass their own slightly frustrating psychological thrillers, as Hall did two years ago in “The Night House?” Apparently. Yet in both cases, there’s just enough there to support the star.

In the Albany, New York set “Resurrection,” Hall plays Maggie, a tightly coiled businesswoman with a college-bound daughter (Grace Kaufman, excellent) and a married co-worker for a sometime lover (Michael Esper). Her life is, above all, controllable and strictly handled.

Then Maggie starts seeing someone, across a room, or in a store, or in a park: the sociopath who, 22 years earlier, seduced her and initiated a sinister power dynamic dominated by emotional and physical cruelty. And worse. In high, artful snivel, Tim Roth plays this man, David, and as “Resurrection” proceeds, Maggie’s increasingly panicked existence becomes a waking nightmare as she finds out why he has returned to stalk and manipulate.

Tim Roth plays a sinister relic of a woman’s abusive past in “Resurrection.”

Is what Maggie experiencing real? There are eerie clues to something awful afoot, and to a past that isn’t over. The daughter finds a stray, decayed tooth in her coin purse. A camera pivot to Maggie’s bare back reveals troubling cigarette burn marks.

Semans takes Maggie’s plight seriously, and Hall’s sudden gasps of realization, and vividly intense episodes of pure grief or spiritual exhaustion, flecked by fear, feel exactly right in every scene. Less persuasively, I think, the film plods and wobbles the closer it gets to the showdown between formidable combatants. As the storytelling tactics grow more dreamlike and amorphous (though pretty grisly), the story itself settles for more routine sorts of guessing games.

On balance, it’s worth seeing for what Hall, Roth, Kaufman and (as an intern who comes to know the depths of Maggie’s past) Angela Wong Carbone muster as a chamber ensemble. Recent pandemic-era thrillers ranging from “The Invisible Man” to “KIMI” and “Resurrection” have invested real and raw feeling in the woman-in-peril scenario, upping the emotional stakes and the psychic ravages of sexual violence. Audiences respond to the best of these; Certainly, actresses on the order of Elisabeth Moss and Zoë Kravitz respond, with some of the finest work they’ve accomplished to date.

Just as certainly, Rebecca Hall makes Maggie’s past and present states scarifyingly real. The film is often good; never for a moment is Hall’s performance anything less.

How to watch: Premieres July 29 in theaters.

Michael Phillips is a Tribune critic.

Big screen or home stream, takeout or dine-in, Tribune writers are here to steer you toward your next great experience. Sign up for your free weekly eat. Watch. Thursday newsletter here.

5 Things For Von Miller To Do In Buffalo New York