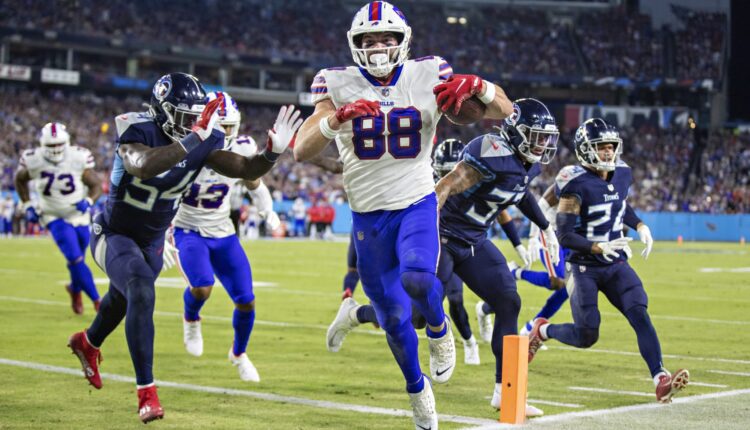 Dawson Knox is coming off a breakout season as he prepares to enter his fourth season in the NFL after the Buffalo Bills drafted him in the third round of the 2019 NFL Draft.

As he enters the final year of his rookie contract, a possible extension for the young tight end has been one of the early storylines of camp. Knox said earlier this week that he has communicated with the Bills’ front office that he would like to be in Buffalo long-term.

The front office would like to have him in tow, but it is not always that simple. So far, Brandon Beane has done a masterful job keeping all the key figures on this roster in place, but at some point, you have to figure that he won’t be able to pay everyone.

The Bills should have incentives to keep Knox as he is a homegrown talent who has worked to improve every year and is coming off of a career-best season. And it certainly doesn’t hurt that he is a close personal friend of Josh Allen.

While I am on the side of extending Knox, there is certainly some risk added by re-signing him this summer rather than next offseason. So here are some pros and cons regarding ironing out a Knox extension before this season.