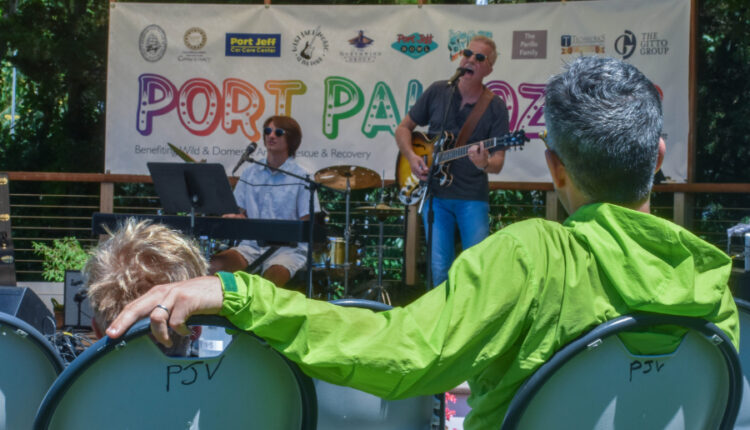 The event, hosted by the Village of Port Jefferson and the Port Jefferson Harbor Education and Arts Conservancy, saw six groups perform from noon to dusk: Cole Fortier and Band, Grand Folk Railroad, The PJ All Stars, MJT, Gene Casey and the Lone Sharks, and Jazz by the Keenan Zach Trio.

Each of the performers donated their time, enabling all of the event’s proceeds could go to the Jaegers Run Animal Rescue Inc. to support injured animal rescue and recovery.

Lisa Jaeger, the founder of the nonprofit, thanked the crowd for attending the second annual fundraiser for pets and wildlife. Last year, Port Palooza raised over $1,500 to benefit the Save the Animals Rescue Foundation. She said next year, the event will likely support a third animal-centric foundation.

“We want to try to bring the animal aspect into it,” Jaeger said. “We have so much wildlife on Long Island.”

She also thanked Kevin Wood, the event founder and the economic development director of Port Jefferson Village, for organizing the day, which also included jewelry and refreshment vendors.

“It feels fantastic,” Wood said of reviving the event for a second year. “I love it, I’m so glad this came off.”

Wood was among the various locals to play at 3 pm with the Port Jeff All Stars.

GreaterPortJeff was there to catch much of the fun. Check out the photos below, and be sure to click on the numbered boxes to see them all.