Olivia Newton-John Was My ‘North Star,’ Writes a People Staffer 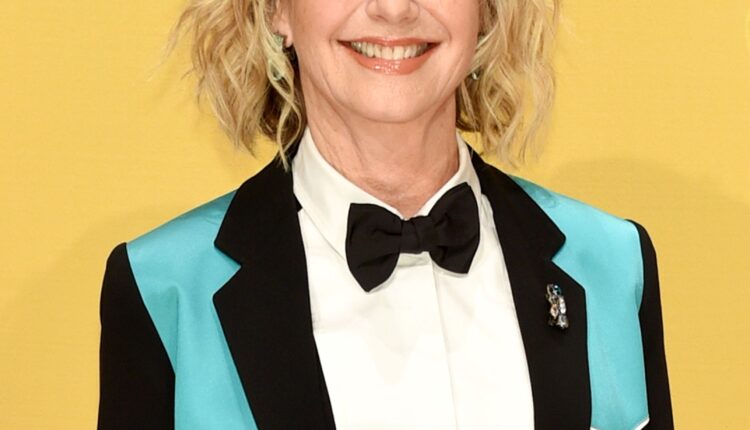 Ever since 1974, when I was a sprouting lesbian-to-be in oppressive American suburbia, you were my North Star. I wrote you fan letters after falling in love with you after seeing you perform on either Merv Griffin, Mike Douglas, Dinah Shore or Andy Williams’s TV show. The first letter was an inquiry as to whether I could move to Malibu to work on your property as a ranch hand. I was 13 and lacked any form of experience with horses, farm animals or moving manure, but I noted I sometimes walked my family’s chubby dachshund, Marnie, up and down our street. Although I never heard back from you, that didn’t stop me from writing again and again.

I grew up on the grounds of an orphanage which my dad ran in Albany, New York, and my next letter was a request for you to perform for the orphans (and me) in our large backyard with the appropriate space for a concert. I recall asking you about klieg light placement, so that the orphans could see just how beautiful you were and I stated that while there was no bedroom for you to stay in at my family’s crowded house, my best friend, Lisa Mendel got the go -ahead for you to stay with her family across the street. They had a bed opening. When I read my letter aloud to my father, he said it was “lovely.” My brother said, “What? You are so whacked, Sue! She’ll never come!”

When an envelope arrived postmarked from California, I knew it was you. I tore open the envelope and saw a postcard with your photo and a list of upcoming concert dates with your autograph stamped on in a gold marker. I’ll never forget tracing the O in your name over and over until I rubbed out the O and moved onto N and then J.

When I saw that your 1975 tour was stopping at the annual fair nearby at the Saratoga Race Course, I begged my mom if our family of seven could all go. She said yes-to the family going to the fair, and yes to the concert-but that would be, just me. Can you imagine my thrill in choosing an outfit to wear because I assumed we would meet?

At the local Woolworth department store, I bought white cargo pants for the special occasion, complete with a hole for my hammer—if I ever needed one. I wore my favorite blue and white polka dotted polyester Huckapoo shirt and with my pal, Lisa in tow, we secured seats in the third row for your first show three hours before it began. To see you in person, for a kid who lived so far away from acceptance of who I had crushes on, was enormous in scope. I recall you walking back and forth on the stage holding your mic singing, “Have You Never Been Mellow,” as the audience showered you with our love by throwing stuffed animals—won at the fair—towards you on stage. When you asked everyone to stop it, I remember thinking, “She can do that because she’s a powerful woman!” This was during the Women’s Liberation Movement and the recent passage of the ERA which I knew was highly important to my rights, but didn’t quite get back then. I stayed for your second concert where Lisa and I sat in the front row at sunset, treasuring every moment of your being there on stage, as my family continued walking the fair far away in the distance.

Santa Mom and Santa Dad bought me your albums over the years and even a wooden guitar which I strummed your songs badly on, as I didn’t know how to play. As the years moved on, I remained loyal, Olivia. I wrote a letter to the editor at Glamor when a critic slammed your voice as being “screechy.” I was incensed and knew you were meant for greatness years before your starring role in Grease.

Sandy? There’s not enough space to properly explain how hypnotic and beguiling your role meant to young me.

As the years moved on, I applied to Pepperdine Law School so that I could be your neighbor, didn’t get in, and eventually started my career as a fact-checker at People magazine around the 1990s. When I became a correspondent, I always knew we would meet.

My mom was diagnosed with breast cancer at 62 and died not even two years later from this wretched disease. It was at her coffin, that I told my mother I was gay because even in 1997, I was scared to admit my truth. I always knew you were supportive of LGBTQ people long before that was even considered acceptable. I admired your throwing that caution to the far wind.

Years after 9/11, when I was working at Vanity Fair, I received an email invitation to a holiday fair where you would be promoting a breast cancer self-detection kit to be used in the shower. While I never interviewed you, we talked about breast cancer and I told you about my mom. Of course you hugged me, because that was you; kind, lovely and warm—everything you want in your heroes, but seldom see when you meet them. You couldn’t state it enough that early detection was key in the fight that I might face one day.

RELATED VIDEO: Olivia Newton-John Was on ‘Angel on Earth,’ Remember Friends: ‘There Will Never Be Another Like Her’

When the news broke on Monday that you had died at 73, like my mom at 64, I felt that was too young. I wanted to cry when I heard it, but instead I saw that I was one of two fact-checkers assigned to check the cover story of your life, which people crashed together in the course of hours, every member of the team, for stories that are their own, your biggest fans. If ever the facts needed to be correct, I was ready because this story felt like a punch in the stomach and it was personal.

Signing off at 2:33 am early Tuesday morning, I went to bed but I couldn’t sleep. Instead, I watched TikTok tributes created by your legions of followers across the world chronicling your career through the decades. There you were once again – so alive, hypnotic and gorgeous, singing the songs that became your hits on Merv, Mike, Dinah and Andy’s old TV shows. Thank you Olivia Newton-John for having just been.

Three players back on field at Buffalo Bills training camp