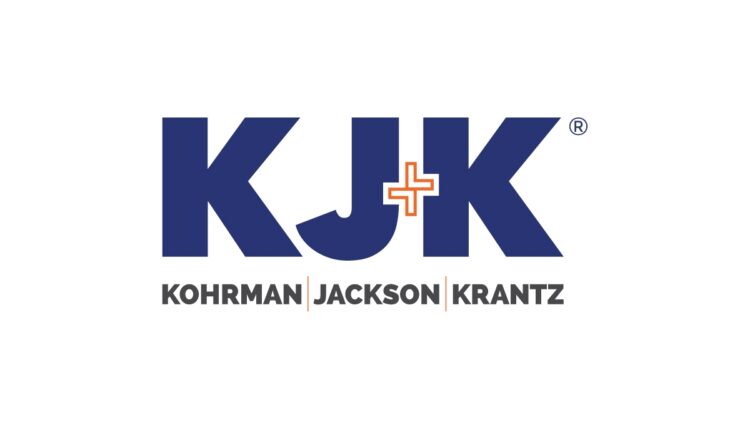 “It’s a good time to be in transportation!” says William Murdock, executive director of the Mid-Ohio Regional Planning Commission (MORPC).

Speaking to KJK’s Samir Dahman and James Scherer, Mr. Murdock, the head of one of Ohio’s largest regional planning agencies, spoke enthusiastically about the work MORPC and others are doing to bring investment to Ohio’s regional transportation infrastructure. In particular, the work being done to implement the long-awaited but persistently elusive rail infrastructure for passenger service between Ohio’s largest cities.

Passenger railroad in Ohio: Nothing since 1979, but there is hope

Central Ohio is home to 2.4 million people and growing and has a thriving economy that will benefit from massive investments from companies like Intel. Still, it has not had rail links between cities since 1979 and is one of the most densely populated regions in the country with no such links. Other similarly located corridors have long enjoyed the benefits of intercity rail, such as the Piedmont route connecting Raleigh and Charlotte, North Carolina, and the Empire Service route connecting Albany, New York to New York City.

Initiatives to bring rail travel back inland date back to the mid-2000s when the Ohio Department of Transportation proposed the Ohio Hub project, which aimed to leverage funds made available by the American Recovery and Reinvestment Act of 2009. The project would have resumed passenger service between Cleveland, Columbus, and Cincinnati, but was halted in 2011 when the state declined the funds needed to continue the project.

Since then, Ohio’s intercity rail has been a dream for state, regional and city planners – always pursued but just out of reach. But with the passage of the Infrastructure Investment and Jobs Act of 2021 (the “Act”), realizing Ohio’s rail passenger dream is closer than ever. The law provided Amtrak with $66 billion to implement long-needed equipment upgrades, security improvements and – for many like Murdock – the most exciting expansion of the service.

Amtrak has already briskly deployed funds granted to it under the Act, announced long-awaited upgrades to its rolling stock and passenger amenities, and announced a $2 billion deal with Siemens Mobility for Amtrak’s next-generation ALC-42 locomotives signed. able to comfortably accelerate passengers at up to 120 miles per hour.

Amtrak’s interest in expanding Ohio’s national rail network was solidified with the recent unveiling of the proposed “3C+D” corridor (the Corridor) – a new rail network that would connect Cleveland, Columbus, Cincinnati and Dayton by 2035. The Corridor would link those cities with Connecting intermediate stations such as Crestline, Delaware, Springfield and Sharonville, Ohio and running multiple trains per day. Originally, the corridor would allow travel between Cleveland and Columbus in 2.5 hours, with these travel times decreasing as infrastructure investments in existing track and equipment allow for faster travel over time.

In addition, the corridor would connect to numerous existing transportation networks, including Cleveland’s RTA and Cleveland Hopkins Airport, Columbus’ COTA and Cincinnati’s Metro Systems, and Amtrak’s existing routes to Chicago, New York and Washington DC through Capitol Limited. Cardinal and Lakeshore Limited routes which are expected to be served more frequently in the future thanks to investments from the Act. According to Murdock, 3C+D is just the beginning, with possible future direct service from Ohio to Detroit, Pittsburgh and other communities in the Great Lakes and Allegheny regions.

The corridor has garnered broad support across the state, from both natives and local governments, Murdock says. During recent updates to MORPC’s Metropolitan Transportation Plan 2050, there was tremendous feedback from community members, public and private partners, institutions, stakeholders and local governments calling for the return of passenger rail service to the region along multiple corridors.

MORPC has already submitted an expression of interest to work with the Federal Railroad Administration (FRA) to create service development plans for new intercity passenger rail services on the following existing rail corridors in addition to 3C+D:

Likewise, Governor Mike DeWine recently expressed support for Ohio’s passenger rail expansion and asked the Ohio Rail Development Commission to work with Amtrak to determine the cost and feasibility of the proposed corridor. Dan Tierney, the governor’s spokesman, said such initiatives would help the state gather more information to make an informed decision and that officials in Columbus are “strongly considering” the expansion. The governor’s support was commended by the Cleveland City Council in July, when it passed a resolution praising DeWine’s openness to expansion and urging the state to focus on the implementation of the 3C+D corridor and increased service along existing Amtrak to Cleveland routes.

Grace Gallucci, executive director of the Northeast Ohio Areawide Coordinating Agency, also sees the benefits of expanded service for cities like Cleveland. “We have really good ridership for service that only comes in the middle of the night,” Gallucci said. Add to:

“If we had our own departure and destination locations and frequencies running during the day, our ridership would absolutely increase exponentially.”

Amtrak has already released a proposal that would see over a dozen trains pass through Cleveland each day.

The next step in pursuing these initiatives is awarding federal grants to local agencies like MORPC to conduct feasibility studies and provide Amtrak and the FRA with the information needed to complete plans for an expanded service. With these plans, Amtrak and the FRA will begin using their legal and regulatory authority to negotiate the final routes and timetables with the railroad companies on whose tracks the corridors will run.

The expansion of Amtrak’s intercity rail network in underserved areas was presented as a solution to reducing racial and economic inequality by focusing on expansion into areas with large Black, Indigenous, and People of Color communities. According to Murdock, rural communities are most excited about the prospect of being connected by rail because rail stations offer economic opportunities in their cities and make the community more attractive to live in.

In addition to promoting equitable development of the state’s transportation infrastructure, the corridor and future expansion will stimulate further economic investment. Newly connected cities and towns will need new stations and infrastructure to serve new passengers. One such example occurred when Amtrak expanded into the city of Meridian, Mississippi, when an initial investment of $7 million in a new station resulted in an additional $135 million in public and private investment in the area. The Franklin County Convention Facilities Authority has already unveiled plans and preliminary designs for a $23 million station that would connect passengers directly to the Greater Columbus Convention Center.

As the process of bringing passenger rail service back to Ohio’s interior continues, new economic opportunities and incentives will follow closely behind.