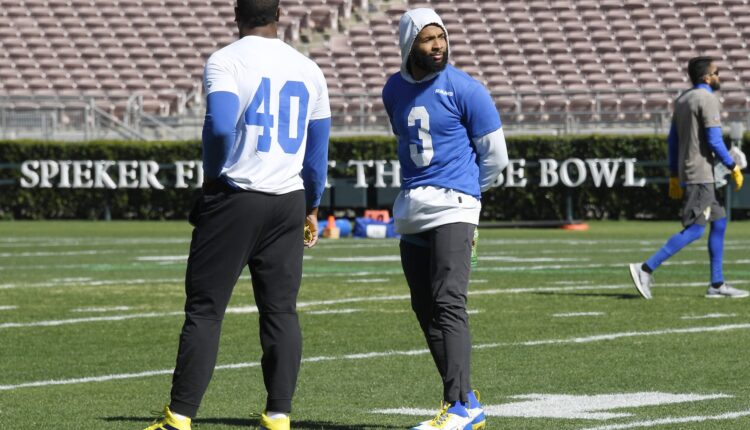 The top free agent still available is wide receiver Odell Beckham Jr., who teased possibly joining former teammate Von Miller on the Buffalo Bills. The former Pro Bowl wide receiver recently responded to a post by Miller asking what the locker next to him looks like, according to this tweet by The Sporting News.

Odell Beckham Jr. and Von Miller both joined the Los Angeles Rams during the season and were a big part of their run to a Lombardi Trophy last season. Odell Beckham Jr. was playing great in the Super Bowl with 52 receiving yards and a touchdown before suffering a torn ACL.

This injury is a big reason that OBJ hasn’t found a new team as he works his way back. Any team that would sign him likely would not have him available until midway through the upcoming season. Recently, NFL Network’s Ian Rapoport did list three teams that had, or might still, be interested in signing Odell Beckham Jr. and those teams were the Tampa Bay Bucs, Green Bay Packers, and his former team Los Angeles Rams.

Last month, Hall of Fame wide receiver Andre Reed posted on Instagram a photo of him and OBJ. He wrote that he was pitching the idea of ​​Odell Beckham Jr. playing in Western New York.

For the Buffalo Bills, they could be interested in Odell Beckham Jr., or another veteran wide receiver, to add depth at the position. The team doesn’t have a clear answer to who would backup Stefon Diggs and Gabe Davis on the outside and having depth at the position is important.

If Odell Beckham Jr. was healthy, this likely seems like a logical move if the two sides could settle on a contract. However, the injury certainly complicates things and the Buffalo Bills may elect to consider other options if this is a need they want to address.