Odell Beckham Jr. and Von Miller running it back? Bill’s legend hints it will happen 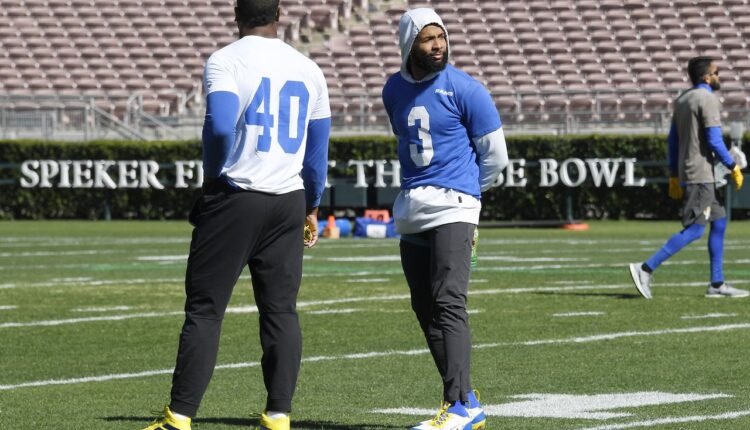 Odell Beckham Jr. recently woke up thinking he had signed with the Buffalo Bills.

Of course that wasn’t the case, but that doesn’t mean that it won’t eventually happen. The receiver, also known as OBJ, is currently rehabbing from an ACL injury, but he could be ready to return to the field as the playoffs approach. One year after helping the Los Angeles Rams win the Lombardi Trophy, OBJ could potentially do the same for Buffalo.

The receiver recently spent time with Bills Hall of Fame wide receiver Andre Reed at the Panini NFT Prizm Party. While the two likely talked about a variety of topics, Reed hinted that a conversation took place about OBJ joining the Bills.

“How would OBJ look in Red, White and Blue? Him and Von runnin it back in Buffalo,” said Reed. “Lets just say we had good convo last night in Atlantic City.”

Beckham Jr. played like a superstar in the Rams’ biggest games. In the NFC Championship, OBJ caught nine passes for 113 yards in the Rams’ 20-17 comeback win over the San Francisco 49ers. The receiver’s dominant play continued in the Super Bowl. He recorded two receptions for 52 yards and one touchdown before exiting the game against the Cincinnati Bengals with about four minutes left in the first half after suffering a non-contact knee injury. Los Angeles’ offense sputtered after losing OBJ, but the team was able to defeat the Bengals 23-20.

If the Bills need one more playmaker as the playoffs approach, OBJ seems receptive to the idea based on Reed’s comments.

Dion Dawkins says Von Miller is like Michael Jordan: ‘He shuts down your natural abilities’

29 Buffalo men & women get one step closer to the badge