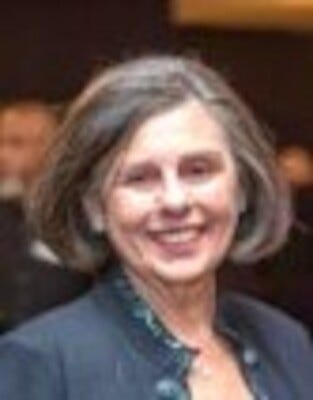 Jennie Rose Cascio, 88, of Bloomfield Village, Michigan, died peacefully at home on January 5, 2023. She was born on October 22, 1934 to Victor and Dora Cardona of Albany, New York. Jennie is survived by her loving children, Richard (Debbie) Cascio of Grosse Pointe, Michigan, Paul (Karen) Cascio of Gates Mills, Ohio, and Linda (Steve) Ganshirt of Lake Forest, Illinois; her cherished grandchildren, Lauren (Blake) Lantero, Ryan (Sarah) Ganshirt, Benjamin Cascio, Alex Cascio, Graham Ganshirt, Matthew Cascio, Maria Cascio, Ellie Cascio and Gabbie Cascio; step-grandson, Lowell Kelley; two sisters, Vicki Faicco and Rita (Bill) Wilson, and a brother, Victor, Jr. (Linda) Cardona. In addition to her parents, her brother Anthony Cardona was predeceased. Jennie grew up in Albany, New York, where her parents owned an Italian grocery store, a business that was always very close to her heart. After graduating from St. Rose University, Jennie earned a Masters in Biochemistry from Columbia University and then had the opportunity to attend Columbia Medical School, but instead chose to prioritize family and start a family. After moving seven times and raising three children, Jennie settled in Birmingham, Michigan in the late 1980s. Jennie immersed herself in the Birmingham community, where she served as director of operations for Community House from 1984 to 1992 and finally as executive director of Variety, the children’s charity, from 1992 to 2017. In her role at Variety, Jennie has always prioritized enriching the lives of children and their families, a passion that has been at the heart of Jennie’s dedication to helping others. However, her greatest passion was her family, and she was an incredible mother and grandmother in every way. Jennie will be remembered for her many rich relationships born out of genuine empathy, selflessness, and a desire to support others when they needed it most. One of her greatest joys was cooking and sharing a meal with cherished friends and family. Jennie leaves an amazing legacy with her children, grandchildren and everyone she has influenced along the way. Family welcomes friends Friday, January 13, 2023, 4-7pm at AJ Desmond & Sons (Vasu, Rodgers & Connell Chapel), 32515 Woodward Ave., Royal Oak 48073. A public memorial service and celebration of life will be held in Holy Name Catholic Church, 630 Harmon Street, Birmingham, MI 48009 on Saturday, January 14, 2023 at 10:00 a.m. Donations in lieu of flowers can be made to either the Jennie Rose Fund at Variety, the Children’s Charity at www.variety-detroit.com or the Jennie Cascio Fund, Farr-therapy at www.FAR-therapy.org in memory of Jennie. Sign the tribute wall and share memories on AJDesmond.com

“American Renaissance” with the Namaste Ensemble at the Southold Free Library