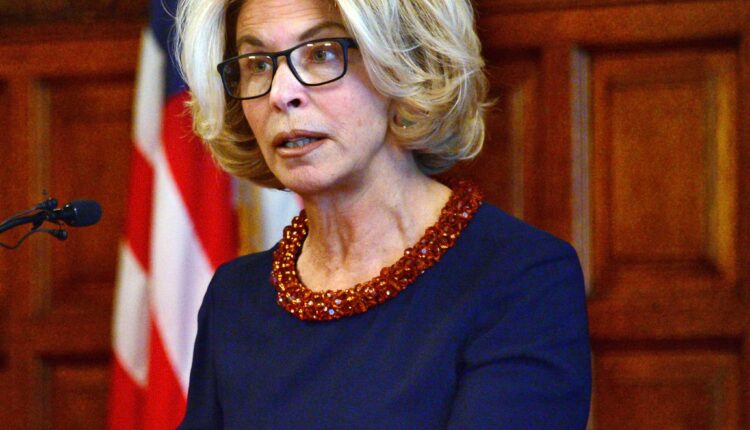 In a letter addressed “Dear Colleagues,” the 66-year-old pointed to the structural changes made to the state court system on her watch that helped address the pervasive backlog of cases, and said she was eager to move on to “the next chapter in life deeply proud of what we have been able to accomplish together.”

After a decade as Westchester County district attorney, DiFiore was selected in December 2015 to lead the state judiciary by former Gov. Andrew M. Cuomo, who had previously appointed her as chairwoman of the state Joint Commission on Public Ethics.

Judges on the Court of Appeals serve 14-year terms. DiFiore was roughly halfway through her term.

Her announcement presents Gov. Kathy Hochul to pick DiFiore’s successor, putting her stamp on the court as she seeks election in November. So far Hochul has nominated one judge for the 7-member panel.

She was the second woman chosen to lead the court and wore the robe of the first, Judith Kaye, when she was sworn in.

DiFiore was chairwoman of the state Joint Commission on Public Ethics during its rocky first 16 months of operation in 2012 and 2013. After years of turmoil and questions about its independence, JCOPE is disbanding and will be replaced with a new agency that is supposed to serve as a watchdog on state government.

This is a developing story.

Buffalo History Museum hosts ‘Party on the Portico’ this Friday