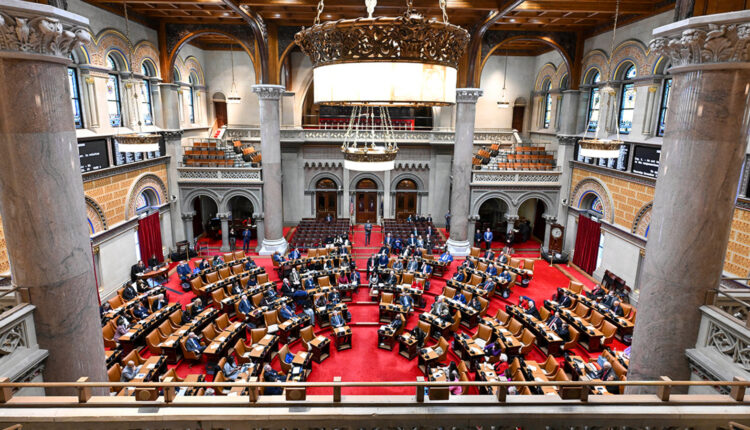 ALBANY, New York– Just in time for the New Year, New York lawmakers have become the highest-paid state legislators in the nation with a law signed Saturday.

The law went into effect on Sunday.

Before the pay rise, California state legislators were the highest paid, with an annual base salary of $119,000, according to the National Conference of State Legislatures.

The New York legislature passed the pay raise bill during a special session in late December.

However, the new salary increase comes with restrictions.

From 2025, foreign income will be capped at $35,000. Additional income from military service, pension plans or investments are still permitted.

Some Democrats in the Legislature backed the pay rise, saying it was necessary to keep up with the cost of living.

But some Republican lawmakers spoke out against the bill during the special session, criticizing the ban on outside earnings.

“Your attempt to buy political cover by introducing a ban on foreign earnings will not make Albany better, it will make it worse,” Senator George Borrello said of his “no” vote on the bill.

The last raise state legislatures received was in 2018, and that was their first raise in two decades.

Copyright © 2023 by The Associated Press. All rights reserved.