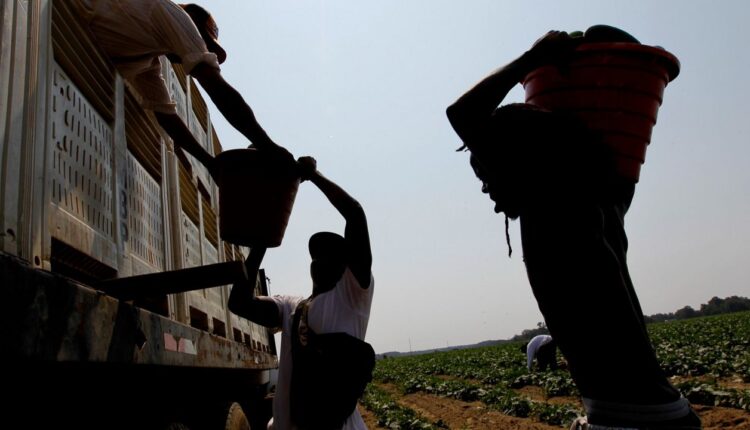 The organization released its goals for the 2023 legislature in Albany, with the ongoing controversy over corporate unemployment debt in New York topping the list.

Some of the proposals the agribusiness is pursuing this year include making it easier for farmers to sell farm beverages like beer and cider directly to consumers, and expanding support for New York-grown produce.

But labor costs have been a major concern for New York farmers as the industry continues to struggle with the cost of doing business. Concerns about unemployment debt have been raised by business groups as a key issue across the state.

“This is inexcusable. New York has its own debt to pay,” said David Fisher, President of the Farm Bureau.

New York racked up billions of dollars in unemployment debt to the federal government as the COVID pandemic and the subsequent closure of public venues and businesses led to a surge in unemployment.

As a result, companies have received a tax hike to pay off the interest and debt they incurred nearly three years ago. New York has one of the highest unemployment debts among the states in the country, owing billions of dollars to the federal government.

Small business organizations have been urging state legislatures and the governor to provide relief in recent years. At the end of the year, around 7 billion US dollars were still owed.

Farms in New York have also raised concerns about additional labor costs, including an increase in the minimum wage in counties north of Westchester to $14.20 late last year. Overtime costs for farm workers are also increasing over the decade, with the overtime threshold being lowered to 40 hours per week.

Gov. Kathy Hochul this year proposed linking minimum wage increases to the inflation rate, although the plan would include a cap if costs get too high.

“Let’s hit pause on these annual earnings increases and calm things down for the business community,” Fisher said. “Now is not the time to make it worse.”

Edmunds: The Pros and Cons of Software Controlling Your Car