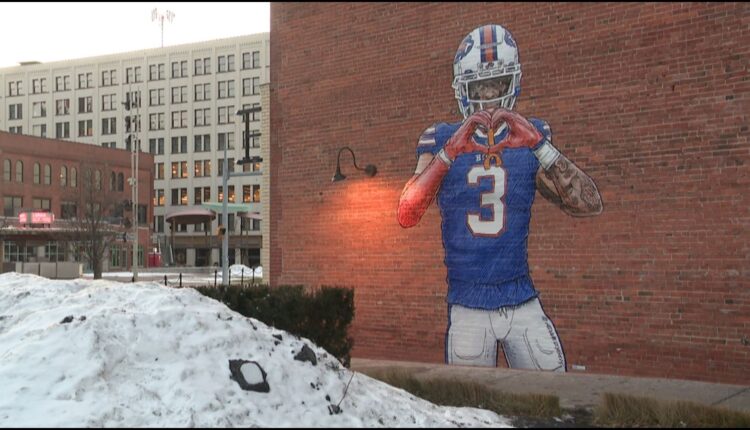 BUFFALO, NY – A new mural by Damar Hamlin has been unveiled in Buffalo.

You can find it in Larkin Square, where the mural shows Damar making heart signs with his hands while wearing his number three jersey.

The artist behind it, Adam Zyglis, says the mural is for people across the country and depicts how they came together to support Damar and Buffalo.

“Like everyone at that moment, I was caught up in this incredible story of Hamlin and his recovery. It became something like that moment for the country of unity, it was just amazing. Having just made a full recovery and returned to Buffalo, I was just inspired to capture that. Buffalo Unity and National Unity,” Zyglis said.

ETSU’s Jordan King is SoCon Player of the Week | WJHL