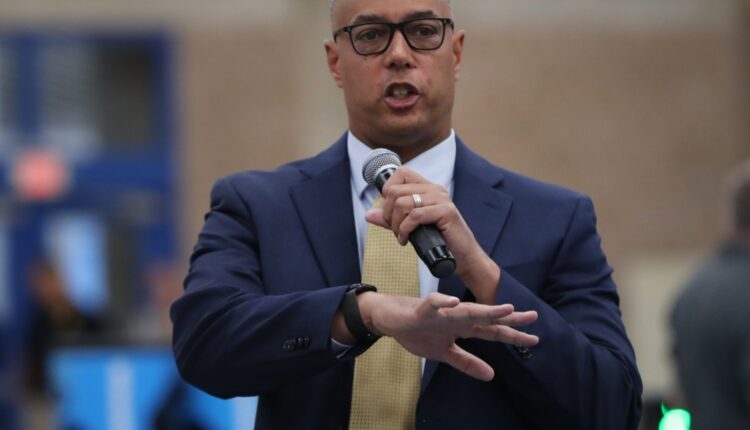 A new state grant could help victims of domestic violence and sexual assault in Chelsea get the resources they need.

“Crime victims are at the center of everything we do as prosecutors,” said Suffolk County District Attorney Kevin Hayden in a Tuesday statement announcing the grant. “Regardless of whether a survivor of sexual assault or domestic violence choses to participate in a prosecution, we are here to help connect them with the services they need and deserve.”

The DA’s office has been awarded a $149,540 annual grant from the Massachusetts Department of Public Health through the COVID-19 Sexual and Domestic Violence Trust fund.

A large chunk of the money will go toward a new bilingual Outreach Victim Witness Advocate in the office’s Domestic Violence and Sexual Assault Unit. The nonprofit La Colaborativa will be sub-granted more than $60,000 to provide services from housing assistance to foot and job training and English language classes to victims.

“Many of the survivors we encounter find themselves struggling with daily necessities as they work to recover from the trauma and harm inflicted by sexual or domestic violence,” Hayden said.

Founded in 1988, La Colaborativa describes itself on its website as “a steady, trusted, and fearless partner to Latinx immigrants in Greater Boston, with a focus on gateway cities and towns such as Chelsea, East Boston, Everett, Lynn, Revere, and malden.”

“Unfortunately, domestic violence and sexual assault are very present challenges in our community — challenges that have only increased in severity and frequency since the pandemic began,” said Gladys Vega, executive director of La Colaborativa, in a statement.

The new Spanish-speaking Witness Advocate will be the point of contact between the nonprofit and the DA’s office, as well fulfilling the other roles of the post. The DA’s office employs 32 such staff across its district offices, a third of whom speak at least one language other than English, the office said.

Those VWAs’ “duties include familiarizing victims and their families with the court process and providing court accompaniment, keeping victims and witnesses informed of court proceedings, performing safety assessments and planning, and helping victims and survivors access resources and services,” DA spokeswoman Renee Algarin told the Herald.