Movies to see (or skip) this weekend 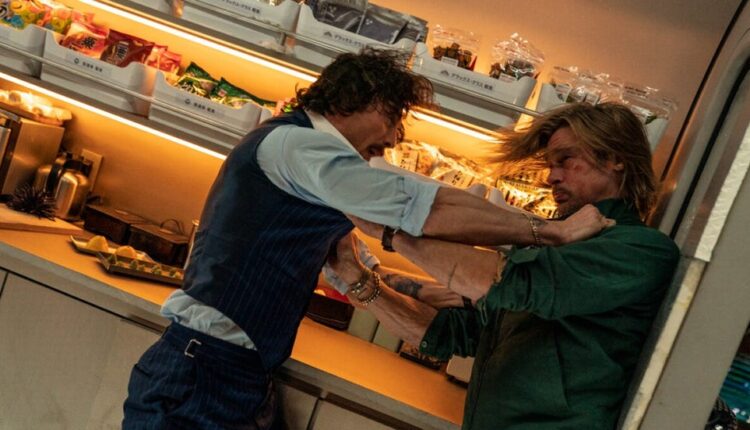 Brad Pitt is an assassin on a train full of assassins in “Bullet Train,” Jo Koy has a wacky family get together in “Easter Sunday” and Ron Howard tells the story of the 2018 Thai cave rescue in “Thirteen Lives,” all of which are among this week’s new movies and streaming titles.

Here’s a look at what’s new in theaters and at home, where to find them and whether they’re worth your time.

If you’re not yet a subscriber to The Detroit News, please consider a digital subscription. Your support allows us to do more work like this.

You know the dog days of summer are here when even a Brad Pitt action movie is a dud. Pitt stars as an assassin named Ladybug who boards the Bullet Train in Tokyo, and seemingly everyone else on board (including Brian Tyree Henry, Aaron Taylor-Johnson, Joey King and more) is also an assassin with a web of tangled loyalties between them. The action is a blur as “Bullet Train” becomes an empty exercise in style. In theatres.

Stand-up comedian Jo Koy plays a stand-up comic in LA who goes home to the Bay Area to pay his family a visit on Easter in this story about how everyone’s family is crazy, but that’s the way we like ’em. The film’s heart is in the right place, and it gives representation to Filipino-Americans, but the sitcom pacing and silliness constantly works against it. In theatres.

Ron Howard’s sturdy, procedural telling of the 2018 Thai cave rescue, in which a team of international divers helped rescue a soccer team and its coach from a flooded cave, is unflashy and straight to the point in refreshing ways, and Colin Farrell and Viggo Mortensen score as the divers who first touch base with the stranded team and have to figure out a way to get them home to safety. It shows how far we’ve come in our streaming world that this movie, which would have been treated as big screen awards fodder just a few years ago, is now streaming at home. On Amazon Prime Video.

The good news: It’s the best “Predator” film since the 1987 original. The bad news: That ain’t saying much. Amber Midthunder is a young warrior fighting the alien being in the Comanche Nation in the 1700s in this admirably stripped down but rather routine telling of the “Predator” story. On Hulu.

‘Prey’ review: ‘Predator’ series turns back clock for more of the same

This animated tale of where luck comes from starts off promisingly but quickly becomes convoluted as the script weaves an overly complicated story about an underground world of dragons, leprechauns and unicorns. No luck for this one. On Apple TV+.

‘Luck’ review: Animated tale could use a little luck itself

You know the song and you might know Cohen. But this story about the 1984 track’s long journey to ubiquity is a fascinating one, and directors Daniel Geller and Dayna Goldfine weave it together with the tale of the Canadian poet’s lifelong dedication to always finding the right word. In theatres.

A tough one to shake, this psychological thriller stars Rebecca Hall as a single mother raising her child in Albany, New York, when her ex- (a frightening, menacing Tim Roth) comes back after a 22-year absence to inflict pain on her life. Writer-director Andrew Semans takes some pretty big swings and not all of them connect, but Hall is so transfixing that it almost doesn’t matter. On VOD.