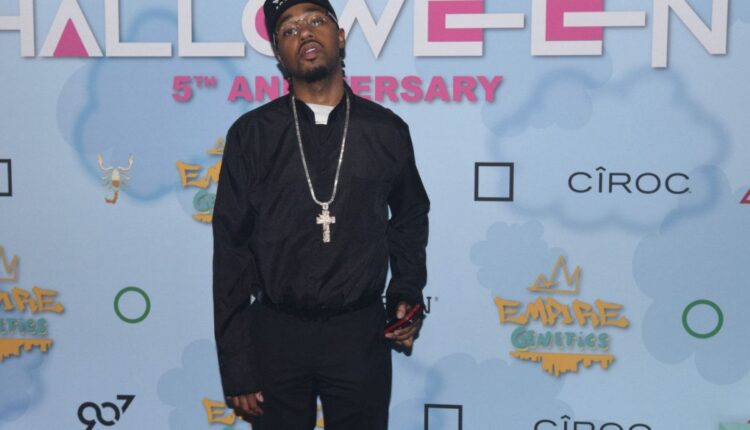 Metro Boomin has blessed the family of a fallen hero in a huge way.

The St. Louis native paid off the mortgage of the family of Aaron Salter Jr., the 55-year-old security guard who lost his life protecting grocers during the Buffalo shooting massacre in May.

According to the retired police officer’s son, the 28-year-old producer paid off the home shared by him and his mother, just a little over two months since the tragedy claimed the life of their loved one and nine others.

“How many producers you know look out for people when they need it most?” Salter wrote in an Instagram post. “Gotta say thanks to my favorite producer @metroboomin. He called me and asked if he could help me during my tragic loss and did just that! No more mortgage. Paid in full! Thanks @metroboomin, I’ll never forget what you did.”

Although Salter managed to confront and open fire on the gunman at the Tops Supermarket located in Buffalo, New York, he was ultimately wounded in the May 14 tragedy.

“The security guard that was killed did shoot and hit the suspect but it did not penetrate the body armor,” said Buffalo Mayor Byron Brown at the time of the horrendous act. “Former Buffalo Police Lieutenant Aaron Salter died a hero trying to stop the shooter and protect others in the community.”

Metro Boomin responded to the Instagram post with words of encouragement for the Salter family during their difficult time.

“My line is always open and I meant every single thing I said back when we spoke,” wrote the mega producer on the post.

The move by the producer responsible for hits like “Some More,” “Brand New Draco,” “Mr. Right Now,” and more, comes on the heels of a loss of his own.

As previously reported by REVOLT, Metro Boomin’s mother, Leslie Joanne Wayne, was reportedly killed by her husband -who is not the producer’s father- in early June.