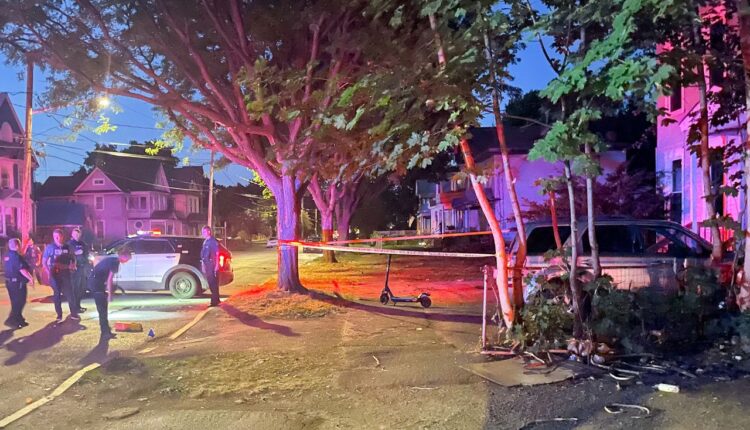 Syracuse, NY — A man was reported shot Tuesday night on Syracuse’s Near Westside, according to dispatchers.

The shooting was reported at about 8:36 pm in the 200 block of Sabine Street, according to Onondaga 911 Center dispatches.

At the scene, police cruisers blocked off much of the block. Yellow police tape was placed in front of 215 Sabine St.

Evidence markers could be seen near the front yard. Police officers were shining flashlights along the street and around the home.

Syracuse.com | The Post-Standard has reached out to the Syracuse Police Department for more information.