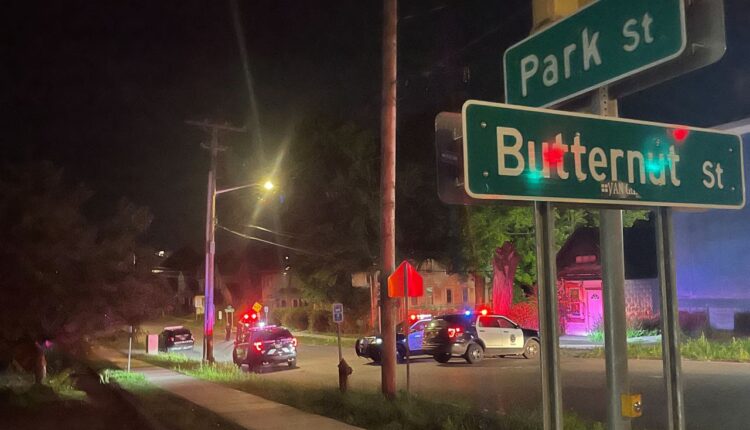 Syracuse, NY — A man was reported shot and taken to a Syracuse hospital Wednesday night after multiple bullet casings were found in the city’s North Side, according to 911 dispatches.

A 911 caller told dispatchers at about 9:46 pm the man appeared to have been shot in the upper body when they saw him in Fobes Avenue in the city’s Eastwood neighborhood, according to Onondaga County 911 center dispatches.

He was driven from the city’s North Side, where a 911 caller said about six minutes earlier they heard multiple shots fired near the intersection of Park and Butternut streets, dispatchers said.

The city’s ShotSpotter system picked up about 11 shots being fired, dispatchers said.

The man was reported to be conscious and breathing, dispatchers said. He was taken to Upstate University Hospital, they said.

Police could be heard over dispatches saying they found multiple bullet casings along Park and Oberst streets.

Police cruisers and a crime scene van were seen blocking off traffic by the intersection of Park and Butternut streets Wednesday night.

Syracuse.com | The Post-Standard has reached out to the Syracuse Police Department.