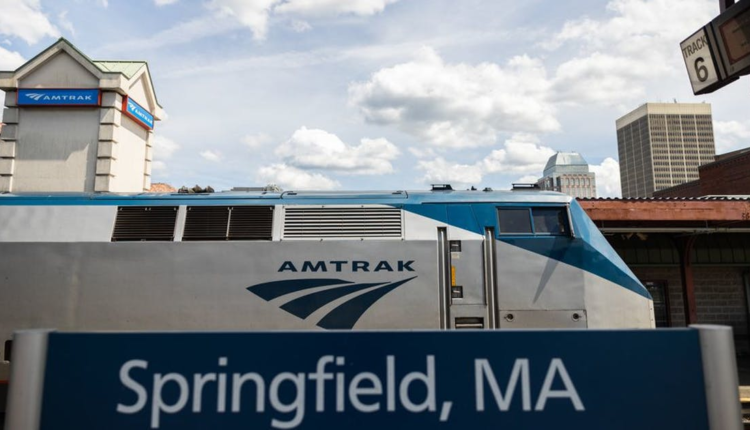 SPRINGFIELD — Whatever the train metaphor — picking up steam, leaving the station, on the right track — the decade-long drive to improve passenger rail service between Springfield and Boston is moving from legislation and questions of feasibility to implementation.

“Now is the time to proceed,” US Rep. Richard E. Neal, D-Springfield, said Monday afternoon. “The stars are carefully aligned.”

Following Neal’s year-long effort to bring outgoing Gov. Charlie Baker on board and weeks of last-minute negotiations in the Legislature, state lawmakers on Sunday passed a $275 million bond authorization for the project.

That goes with a $50 million bond authorization passed in 2020 and federal money — $9 billion for Massachusetts and $66 billion for Amtrak — included in the 2021 bipartisan infrastructure bill that Neal, as chairman of the House Ways & Means Committee, helped pass.

The authorization comes with a new commission that will host a series of public hearings over the next nine months and come up with a more detailed implementation plan. That’s different from the authority Baker and Neal called for following an April 26 meeting at Springfield Union Station.

“I am in favor of improved rail passenger service east-west,” Neal said Monday. “How is that accomplished? I’m open to suggestions.”

State Sen. Jo Comerford, D-Northampton, was one of the state lawmakers who worked on the bond bill language and said it requires that members be named to the commission within 14 days.

“So hopefully we will have the commission up and running soon after Labor Day,” she said.

Comerford said she and her fellow lawmakers also want the commission to also work on enhanced passenger service through Greenfield and North Adams in a northern-tier line, on Amtrak’s Berkshire Flyer and its Springfield-Holyoke-Northampton-Greenfield train called the Valley Flyer.

State Sen. Eric Lesser, D-Longmeadow, is a longtime advocate of east-west rail. He said the commission will start working under the waning months of the Baker administration and continue under the next governor. That’s by design to get buy-in from new cabinet members.

Lesser hopes to be part of that administration. He’s running for lieutenant governor.

He said Boston-area political leaders see east-west rail as a solution to workforce and housing issues. Boston has become unaffordable, so there’s an incentive to make it easier to commute by train, Lesser said.

Maura Healey, the front-runner for governor, supports east-west rail and mentioned it in her speech to the state Democratic convention back in June. Republican opponent Geoff Diehl’s campaign didn’t respond to emailed questions Monday.

Richard Sullivan, president and CEO of the Western Massachusetts Economic Development Council, will either sit on the new commission or appoint a representative.

With so much money on the table, Sullivan, a former chief of staff to Gov. Deval Patrick, said the money must not find its way to addressing Boston issues.

“I do think it’s important that this be Western Mass.-funded and -operated,” Sullivan said.

The commission has until March to hash out rights of way, construction needs and train operator Amtrak’s access to tracks owned by CSX.

Neal said passenger rail advocates won a significant agreement with CSX back in April, with the freight railroad promising access in order to get federal permission to buy Pan Am Railways.

“There is going to be a need in the future to figure out, nationally, never mind in the Northeast, how to accommodate both freight and passenger service,” Neal said.

Sullivan said that the actual construction and implementation will take time.

“You are still a long way off here,” he said. “This is not something that you are going to board next year at this time.”

But Ben Heckscher, co-founder of Trains in the Valley, said the state Department of Transportation and Amtrak could improve Springfield-to-Boston service in a year or so by extending one of Amtrak’s New Haven-to-Springfield Hartford Line trains east to Boston.

That’s anticipated in a recent letter from MassDOT to the Federal Railroad Administration. On July 18, state Rail & Transit Administrator Meredith Slesinger submitted “Expressions of Interest” for federal funding on two corridors. One would connect Boston to Albany, New York, via Springfield. The other would connect Boston to New York City via Springfield and New Haven, Connecticut.

The grant provides for planning work on additional platforms, additional crossover tracks, storage tracks and a new layover facility. The work will add more capacity for both east-west and north-south service through Springfield, Riley said.

Massachusetts was ranked the healthiest state in the country for the second year in a row, study finds