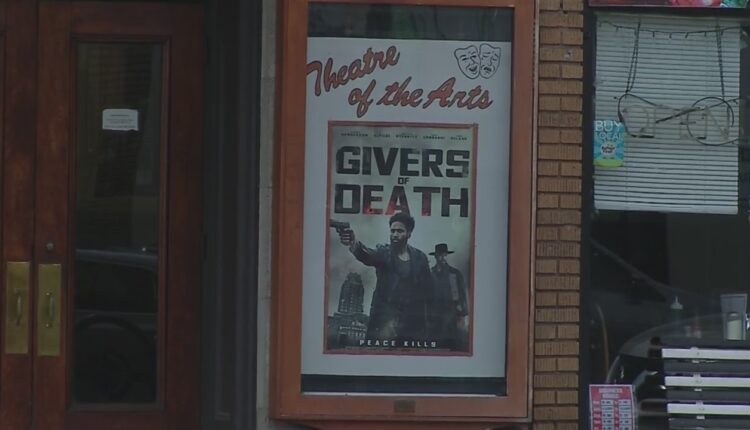 BUFFALO, NY (WIVB) — The historic North Park Theater in Buffalo was the scene of a movie premiere Friday night.

The movie “Givers of Death” official red carpet release was held at the North Buffalo landmark. It’s an apocalyptical thriller written and directed by Addison Henderson of Buffalo. Several Villa Maria students were involved in the project.

It’s helpful to Villa Maria students to know anything is possible, everyone knows about it,” said Rachel Henderson, the co-producer for the movie.

Villa Maria has been partnering with Buffalo FilmWorks on certificate programs that provide training for entry-level jobs in film and television at their studios on Babcock Street. This includes bootcamp offerings in becoming a production assistant as well as in electric. They also want to help develop a talent pool of people from Buffalo working in the film and entertainment industries, especially among underrepresented groups.

The film will run for the next week.