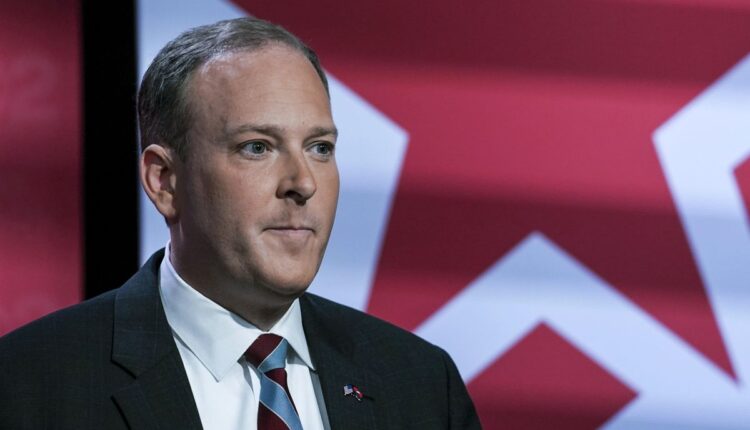 The Republican candidate for New York governor was the target of an assassination attempt Thursday evening.

U.S. Rep. Lee Zeldin was assaulted by a knife-wielding attacker while making a campaign-stump speech at an open parking lot in Perinton, New York, but was not injured.

According to video of the speech posted by a reporter for Spectrum News1 in Albany, New York, the attack occurred as Mr. Zeldin was standing on a truck bed, a picnic-style crowd gathered around the truck.

A man in a gray T-shirt and dark shorts entered onto the truck bed from behind and calmly grabbed Mr. Zeldin, according to the video.

“You’re done! You’re done!” can be heard on the video as the attacker and Mr. Zeldin wrestle onto the floor of the truck bed while several other people enter the fray.

Mr. Zeldin’s campaign said the candidate “grabbed the attacker’s wrist to stop him until several others assisted in taking the attacker down to the ground.”

The video shows Mr. Zeldin being quickly pulled away as a person can be heard saying “he’s got a knife.”

The station said Mr Jackbonis is being questioned but no charges have been filed in the assault.

The campaign said Mr. Zeldin returned to the stage to finish his speech and thank law enforcement for their actions.

“Far more must be done to make New York safe again. This is very much getting out of hand in this state. Unfortunately, Congressman Zeldin is just the latest New Yorker whose life has been affected by the out of control crime and violence in New York. This needs to stop! Thankfully, we still have exceptional men and women in law enforcement answering the call to protect our streets,” campaign spokesperson Katie Vincentz said in a statement.

The incident comes as threats and public harassment directed at members of Congress and candidates for political office have been on the rise across the country, sometimes at the solicitation of other politicians.

gov. Kathy Hochul, the Democratic incumbent against whom Mr. Zeldin is running, condemned the attack in a statement on Twitter.

“Relieved to hear that Congressman Zeldin was not injured and that the suspect is in custody. I condemn this violent behavior in the strongest terms possible — it has no place in New York,” she wrote.

According to WROC-TV, the CBS affiliate in Rochester, one of the men who helped overpower the attacker was Joe Chenelly, the national executive director of the veterans group AMVETS and also a candidate for state political office — a seat in the state Assembly.

Citing Mr. Chenelly, WROC reported that the attacker was a troubled Iraq War veteran apparently under the influence of alcohol.

“When he said he served in Iraq, I got hands down on my knees and said ‘you know, we’re going to get through whatever you’ve done here tonight’ and told him you’re going to get better and focus on that and said ‘you can contact me after this thing is done. We’ll help you find the services you need,’” Mr Chenelly told the TV station.

The video also shows a Zeldin supporter yelling to the crowd, with the attacker subdued and the Republican gubernatorial hopeful apparently out of danger, that “ladies and gentlemen, this is why we must [support] the men and women of law enforcement — to keep us safe.”