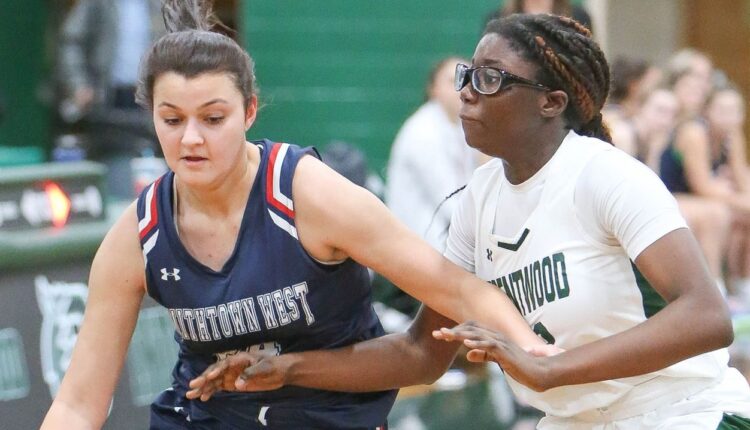 As soon as Laura Luikart enters the square, she feels like a superhero.

The elder forward pulled off 10 of her 15 rebounds and Kayla Pardini scored 13 of her 19 first-half points as the Smithtown West visit beat Brentwood 64-50 in a Suffolk I girls basketball game on Friday. The Bulls turned defense into offense and built a 21-point halftime lead.

“Rebounds keep me going throughout the game,” said Luikart, who averages more than 20 per game. “I love looking out for my teammates. So if I grab that rebound, the first thing I’m going to do is see who’s open and try to get a quick break.”

Luikart also contributed 10 points. “As the only senior in the starting XI, she’s the leader of the team,” said Katie Schroeder, Smithtown West coach. “The girls are trying to capitalize on that [Luikart’s] defense strength”.

She added: “We have quite a young team and [Luikart] is an incredible leader. She tells the girls that every point on the board is earned by the whole team.”

Pardini wasted no time and scored for Smithtown West (4-3) with quick counterattacks and early offensive opportunities. She got a steal a minute into the second quarter, driving down the court for an undisputed layup.

“[Luikart’s] Rebounds were key to us being able to take the lead so strongly,” said Pardini.

“Our team really knows how to work together,” said Schroeder. “There is never a top scorer. They all encourage each other to put points on the board and help us win.”

Brentwood (2-5) opened the second half by forcing three consecutive turnovers in two minutes. Jada Hood (18 points) and Emily Bennett were able to finish and try to reduce Smithtown West’s lead. “The most important thing we wanted to avoid in this game was losing the ball,” said Schröder.

Smithtown West only managed seven points in the third quarter until Catherine Piccinnini hit a late three. Hood drove to the basket as often as she could and Brentwood stayed hard in the paint until the final buzzer, scoring 31 points in the second half.

“We had to keep playing smart,” said Luikart. “Although they put us under a lot of pressure, there was never a moment when we felt we couldn’t handle it.”

“Our attack was something we struggled with all season,” said Schroeder. “Tonight we finally saw how fluid and connected we can be and I couldn’t be prouder of this team.”