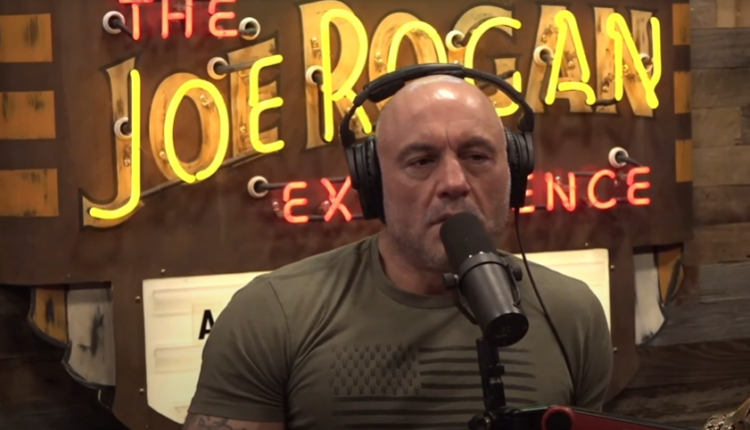 Joe Rogan and a former CIA agent roasted liberal mega-donor George Soros on the Joe Rogan Experience podcast, which was released on Wednesday.

“I had a conversation with the governor of Texas about him, with Greg Abbott, where he explained to me what George Soros is doing and it’s bloody terrifying that he’s giving money to a very progressive, very left-wing person – whether that’s a person Prosecutor or any politician, and then funding someone even further left than them to go against them,” Rogan noted. “He just keeps pushing it, so he’s playing it like a global game and he likes doing it.”

GEORGE SOROS CAN IMPACT GLOBAL MEDIA WITH LINKS TO AT LEAST 253 ORGANIZATIONS, RESULTS

Baker noted that Soros displayed an illuminating knowledge of where the power to transform society at the grassroots level really lies.

“It’s significant, isn’t it? He understood early on where you wanted to seize power, right? Sometimes you think, ‘Being a senator, that’s the pinnacle of success,’ well, it really isn’t. It’s the prosecutors and it’s the state level politicians. That’s where real change happens and that’s where things can happen,” he noted.

“Or real corrosion,” Rogan replied. “That’s what’s scary, it seems like he’s funding corrosion, it’s like he wants these cities to fall apart, he wants crime to thrive, it’s almost like he’s a bad person in a Batman movie.”

Baker noted that Soros “made his true fortune by nearly busting the Bank of England. He is not out there for truth and justice.”

Rogan then proceeded in a mocking tone to read an article from late 2021 about how Soros had started backing a media outlet to “fight disinformation.”

“Good Information Inc. aims to fund and scale companies that penetrate echo chambers with fact-based information,” Rogan read sarcastically. He continued, “As part of its mission, it plans to invest in local news companies.” 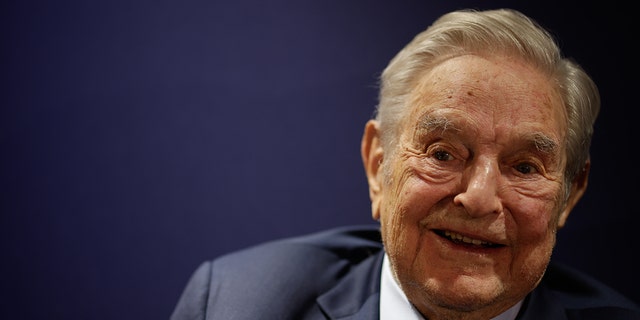 George Soros, billionaire and founder of Soros Fund Management LLC, speaks during an event on day two of the World Economic Forum (WEF) in Davos, Switzerland, Tuesday, May 24, 2022.
(Jason Alden/Bloomberg via Getty Images)

Rogan remarked, “It’s all very strange. This guy has obviously been involved in politics at a very high level for decades and it seems like his fun little game.”

Baker noted that Soros “likes to be the puppeteer, he likes to pull strings, he likes to have that influence, that impact.”

Insisting that one odd aspect is how Soros is “uniquely public about it,” Rogan later asked, “What’s his endgame?”

The conversation delved deeper into how people have learned about the importance of local politicians in recent years, particularly during the COVID-19 pandemic.

Baker said he’s noticed people’s increased “awareness of the importance of knowing who your councilman is or who your congressman is or the head of the PTA, whatever it is, and the importance of that.” to be aware, because “if you want to bitch and bitch, you have to join in on the other side.” 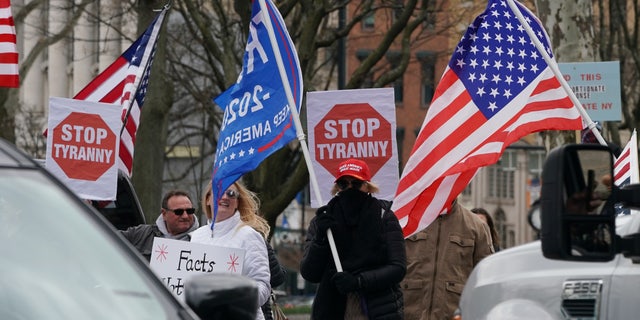 Rogan agreed: “I don’t think people realized the impact this was having on their actual lives, with politicians dictating what rules people could make until the pandemic and which not until they close shops, close restaurants Arranging things, mandatory vaccines for children’s schools.”

Then he added, “When you saw politicians doing things like that, people started freaking out, like, ‘I didn’t know you guys had that damn power.'”