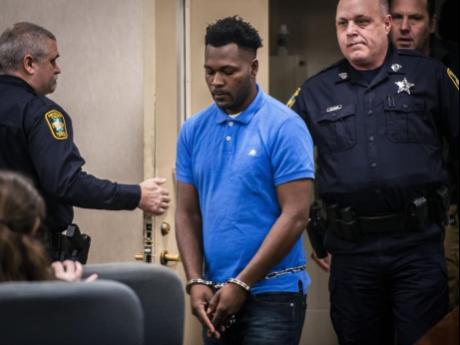 A man accused of killing his girlfriend who lives there in 2018 then fled to Jamaica, where he evaded authorities for almost two years, pleaded guilty to second-degree murder on Friday and was sentenced to 20 years to life in prison.

Leroy Headley, 41, originally pleaded not guilty in connection with the shooting death of Anako “Annette” Lumumba at the South Burlington home they shared with their two children.

Headley apologized in court, saying he was “deeply and truly sorry” for killing Lumumba, describing her as his “best friend and soul mate.”

Many members of Lumumba’s family and friends were on trial.

Chittenden County Prosecutor Sarah George says the family has been strong and happy to have justice while avoiding a possible trial.

“For us, I just have to, I think, carry on her legacy and be a family,” Adolphe Lumumba, the victim’s brother, told WCAX-TV.

On May 3, 2018, authorities received a 911 call from a man who said, “I shot her, I shot her,” and gave the South Burlington address of the home, according to a police affidavit. The phone was registered to Headley, police said.

Headley’s car was found in Albany, New York on May 18, 2018. The US Marshals Service said he has ties to Jamaica, where he is originally from, as well as the US and Canada.

He was arrested by Jamaican authorities in Negril on February 5, 2020, officials said. He was brought back to Vermont, where he pleaded not guilty and was being held without bail.