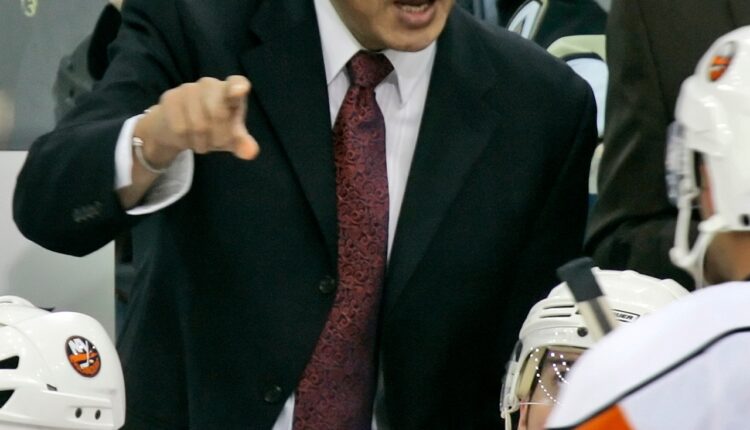 More than 40 years after his NHL debut, Ted Nolan finally has his rookie card. Better late than never, especially since it includes a nod to his First Nations heritage.

Upper Deck this month introduced a First Peoples Rookie Cards set featuring eight Indigenous hockey players who didn’t get the opportunity the first time around. It comes at a time when there is a growing appreciation for Native American and First Nations influences in sports.

“It’s like someone calls you 40 years after your 18th birthday and says, ‘Hey, you’re turning 18,'” Nolan said. “It wasn’t as exciting as it would have been if I actually got it when I was a beginner, but still I’m so honored to get it, especially with the indigenous component, because (for) a lot for our.” Kids really care about representation, and the more kids see things like this happen, the more kids can dream.”

That was the hope of indigenous card collector Naim Cardinal, who first proposed the idea at a trade show a few years ago. It was missing a few players from his collection that he felt deserved their claim.

“We thought this was an interesting concept,” said Paul Nguyen, Upper Deck’s senior marketing manager. “So we asked other people in the hockey community if there was an appetite for a set like this, and we heard yes.”

The cards, including the logo on each of them, were designed by artist Jacob Alexis of the Alexis Nakota Sioux Nation, while Cardinal wrote the content on the back, which highlighted the player’s Indigenous heritage and family history.

Nolan’s card, which shows him in a Detroit Red Wings uniform, indicates that he is Anishinaabe (Ojibwe) of Ontario’s Garden River First Nation and not only played in the NHL with the Red Wings and Pittsburgh Penguins, but also became a successful coach and has two sons who made the league, Jordan and Brandon.

Having a rookie card like his sons is a cool development for Nolan, who said, “It’s kind of a family thing.” To take it a step further, the cards aren’t sold, they’re in the 3NOLANS First Nation Hockey School and other indigenous hockey camps and events.

Nolan hopes showing children the cards will have the same effect on her that growing up had him watching Stan Jonathan, Gary Sargent and Jimmy Neilson watch him.

“You can kind of walk around the school the next day and be very proud of these gentlemen (because) even though we didn’t know them, they looked a lot like you,” he said. “Now you can’t just talk about it. You can actually show pictures that it really happened.”

Hockey historians in recent months and years have begun to delve deeper into the roles of some of hockey’s early non-white pioneers, including Native American defenseman Taffy Abel and Henry Elmer “Buddy” Maracle.

As more details come to light about Canada’s history of boarding schools, which served to encourage First Nations children to assimilate to white culture from the 1800s through the 1970s, Nolan is proud to be an example of an athlete to be embracing his indigenous heritage.

“We had a lot of our elders and a lot of our chiefs to show us the way, and especially the survivors of the residential schools and how hard they fought to keep who we are,” said Nolan, who coached portions of six NHLs seasons and won the 1996-97 Jack Adams Award for Coach of the Year. “I’m just another part of that, trying to build on the legacy of our ancestors and make the next generation even stronger than this generation.”

Nguyen said this set of cards has been in development for years, noting that it comes at a good time given the dialogue that’s happening, particularly in Canada, about the treatment of tribal peoples and what can be done now to learn from it.

“It continues the conversation with everyone and doesn’t just let it go,” he said. “It puts it in a really good light for people to have that conversation.”

Where to watch: SU vs. North Carolina