How to help the Buffalo family: Fire kills 3 girls on New Year’s Eve 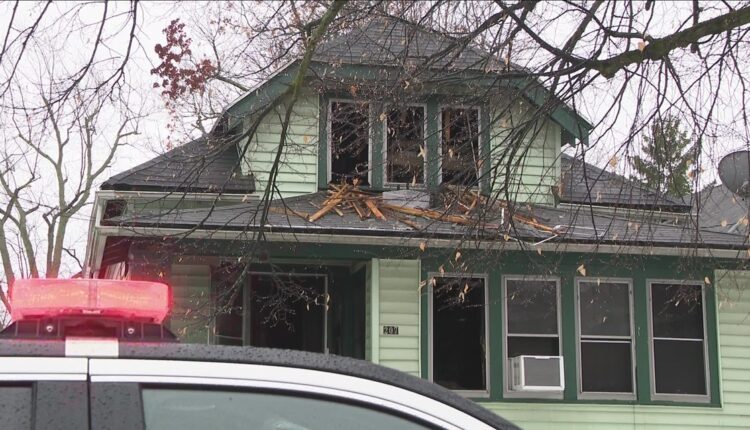 Clarence Liggans was not at home at the time of the fire. Three of his grandchildren have died and three others are in hospital. His wife is also in the hospital.

Not long after, so did Pastor Duane Price of his friend Clarence Liggans who lived in the house.

“(Clarence) was desperate. I’m surprised he was even able to call me. But he got here and has been a mess ever since. He’s still a mess,” Price said.

Clarence Liggans was at work at the time of the fire.

Firefighters say one of his daughters woke his 63-year-old wife, Lisa Liggans, from a nap and warned her of the flames. The couple’s six grandchildren, aged 7 months to 10 years, were also at home during the fire.

Three girls died, according to firefighters, while two other children are in critical condition in the intensive care unit at Oishei Children’s Hospital and the 7-month-old girl in Oishei is in stable condition.

“The grandmother was able to save the infant, so the infant and grandmother could make it out of the structure on their own,” said William Renaldo, the Buffalo Fire Commissioner.

Lisa Liggans suffered burns on her back and sides.

Now, Pastor Price, a spokesman for the Liggans family, says Lisa is stable but on a ventilator in the ECMC’s combustion unit. He says doctors expect her to recover.

Now the church is trying to be there for a family who just celebrated Christmas for the first time.

One of the churches they attend, Cornerstone Church Ministries, has set up a GoFundMe for everyone to help get this family through their darkest days.

“They lost everything. I mean everything,” Price said. “It’s all gone. Whatever we do and whatever we do, they will definitely appreciate it.”

“Firefighters say there were working smoke detectors in the house. Now they are still investigating what caused the fire but believe it started in the dining room.

New York Passes Human Composting Bill; 6th state in the US to do so