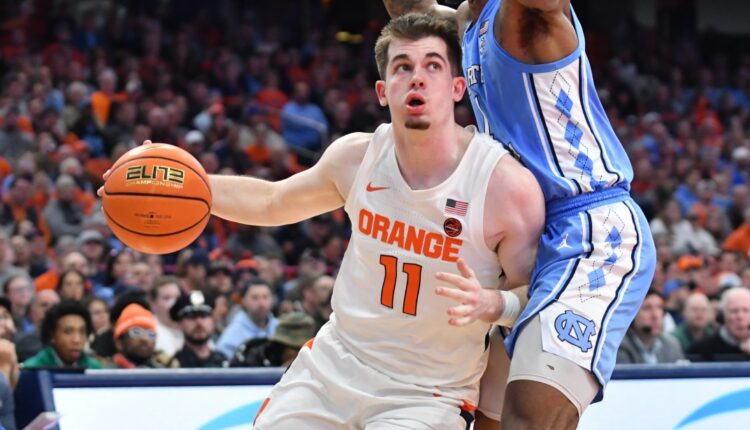 More than 20,000 people witnessed what ended up being a heartbreaking loss for Syracuse men’s basketball.

With 1:23 left on the clock, Joe Girard hit a three to take a 68-66 lead. And 34 seconds later, the sixth and final lead change of the game would go in North Carolina’s favour.

Pete Nance went one for two off the stripe and covered his own miss to go up 69-68. Judah Mintz got the ball in and took it the length of the court before being charged with a flagrant foul on RJ Davis. Caleb Love went to the line twice after that and the Tar Heels escaped the Orange 72-68.

Love was one of three Tar Heels to score in double digits with 15, alongside Armondo Bacot with 18 and Pete Nance’s 21.

The Orange also had three in double figures: Girard at 18, Judah Mintz at 17 and Chriss Bell at 15.

Before the foul, Jesse Edwards had seven rebounds and five blocks and just 8 points.

“He has problems asserting himself offensively against a stronger player,” said Boeheim.

North Carolina has now won three of the last five matchups between the two. The Orange last beat the Tar Heels on March 1, 2021 by a score almost similar to this one, 72-70.

Syracuse travels to Blacksburg, Virginia this weekend to take on Virginia Tech on Saturday, January 28 at 7 p.m. The Orange beat the Hokies 82-72 on January 11 at the JMA Wireless Dome.

Something for everyone at New York Boat Show