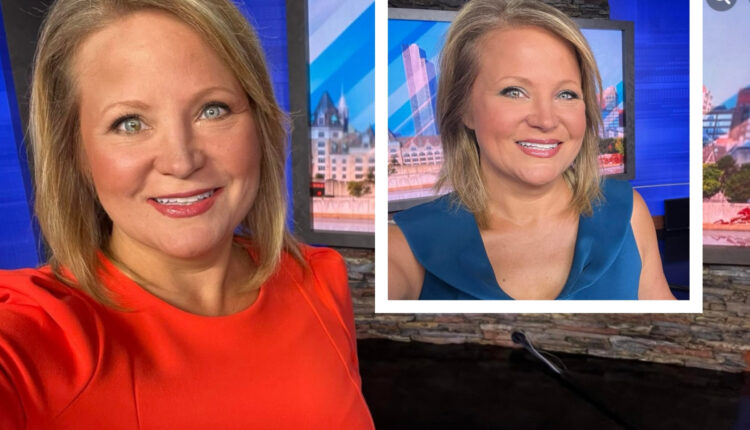 A news anchor for CBS affiliate WRGB has broken her silence on social media, three weeks after she was suspended following an erratic and slurred delivery during a live broadcast.

Heather Kovar sparked concern on July 11, when she was seen giving a scattered delivery during the 6 pm Saturday newscast for the Albany, New York-based station. During the broadcast, she erroneously referred to meteorologist Craig Gold as Craig Adams.

After clips of the broadcast were shared on Twitter and Facebook, the Sinclair-owned station subsequently announced its suspension.

A statement from Robert Croteau, vice president and general manager of WRGB, released on July 12 read: “Heather Kovar has been suspended pending our internal investigation. We have no further comment at this time.”

News anchor Heather Kovar broke her social media silence on Friday, three weeks after she was suspended from CBS affiliate WRGB in Albany, New York. Prior to her suspension, Kovar’s slurred and erratic delivery had sparked concerns among viewers.
Heather Kovar/Facebook

Save for releasing a statement to explain that she was “sleep-deprived and exhausted” during the broadcast in question, Kovar has kept a low profile on social media, appearing to only like posts rather than share any of her own.

That changed on Friday when she acknowledged a post on a Facebook fan page that had shared a throwback video of Kovar broadcasting back in 2012.

“The Fan Club always brings a smile to my face,” Kovar said, before she gave her social media followers some insight into producing the segment.

When one fan inquired in the comments section if Kovar was “doing okay” and “in between jobs,” she responded in the affirmative, adding: “I had previously put in my resignation since my contract was up July 31st. Details to come. “

Newsweek has contacted a representative of WRGB for comment.

Kovar shared similar details in a statement that was published hours after her suspension from WRGB was announced.

Giving a timeline on the events leading up to her suspension, she told Albany’s Times Union newspaper that she had “returned early from family leave following my dad’s death. On Friday, I notified the station I would not be renewing my contract which expires July 31 .

“Saturday I was scheduled to work the early morning 6 am shift and the evening shift. I was sleep-deprived and exhausted.”

According to Kovar, who served as the weekend anchor for several years, she had also been scheduled to helm that day’s 11 pm broadcast as well. The station subsequently replaced her with weekday evening anchor Greg Floyd, who returned to the seat the following evening, too.

On May 14, Kovar wrote in a post on her public Facebook page that she was going to take a leave of absence to spend time with her ailing father, who was under hospice care.

“So many people are reaching out wondering why I’ve been away from the news,” she wrote in the post. “The station has graciously allowed me to take some time off to be with my family in Texas.

“My dad is expected to leave the hospital today on hospice and return home. He asked for his nasal feeding tube to be removed yesterday.

“Thank you to everyone who has reached out with concerns. I miss you all and I will see you soon. I thank all of my colleagues who are helping to fill my shifts during this time.”

Days later, she revealed in a follow-up post on the social media platform that her father had passed away. Kovar returned to the anchor desk over Father’s Day weekend in June.