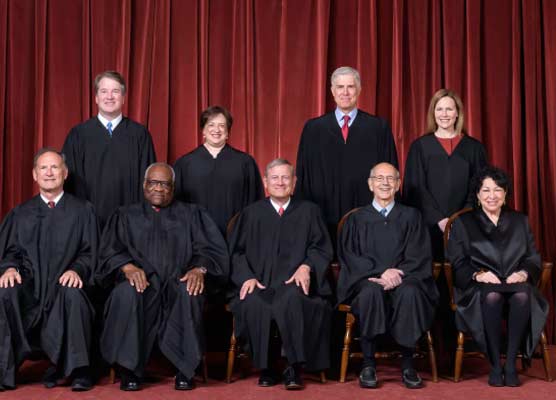 “Going forward,” Kavanaugh wrote, “the 43 States that employ objective shall-issue licensing regimes for carrying handguns for self-defense may continue to do so. Likewise, the 6 States including New York potentially affected by today’s decision may continue to require licenses for carrying hand-guns for self-defense so long as those States employ objective licensing requirements like those used by the 43 shall-issue States.”

What’s wrong with that? Well, in his dissent, Breyer wrote, “In my view, when courts interpret the Second Amendment, it is constitutionally proper, indeed often necessary, for them to consider the serious dangers and consequences of gun violence that lead States to regulate firearms.” Well, actually, it probably should not be necessary at all. Rights should not be subject to whims based on the misbehavior of people, and Breyer’s “view” did not prevail.

Nobody died from “gun violence.” People were either murdered or committed suicide with a firearm, but Breyer does what the gun ban lobby does reflexively. He transfers blame away from the perpetrator to the firearm.

Breyer makes other arguments. “Consider, too,” he says, “interactions with police officers. The presence of a gun in the hands of a civilian poses a risk to both officers and civilians.” Not to pop anyone’s bubble, but police are civil law enforcement.

“Amici prosecutors and police chiefs tell us that most officers who are killed in the line of duty are killed by firearms,” ​​Breyer adds.

Man this in Lewiston motorcycle crash