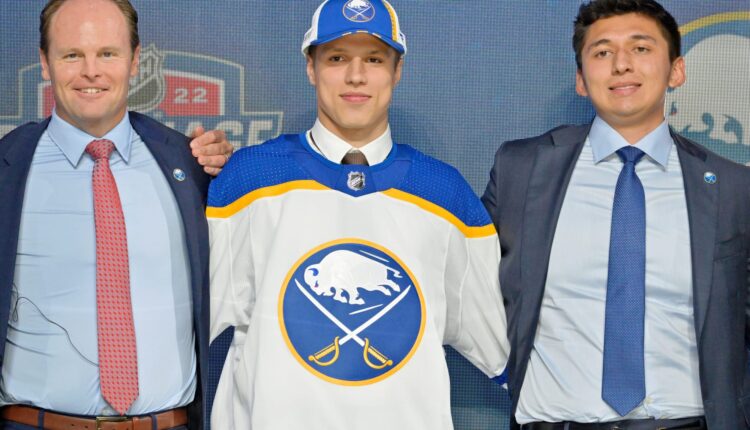 While you cannot accurately grade a draft until at least five years down the road, the Buffalo Sabers generated good early returns for its prospect pool.

Now that the Buffalo Sabers 2022 Draft is in the history books, let’s have some fun and hand out early grades that will probably look entirely different (hopefully in a good way) five years from today. Today, I’m not just going to give the Sabers a letter grade then call it. Instead, this slideshow is going to break down their best, worst, and most intriguing moves.

No draft is perfect, even if the majority of fans will give the Sabers an easy A because of the high-upside crop they selected on Day One. But right now, it’s nothing more than the emotional attachment phase. So I’m going to be real here: Not every move they made on Thursday and Friday made sense.

While we want to see these picks serve the organization with at least a strong presence in the AHL, the truth is, not every one of them will even make it that far. So which new players in the prospect pool do have that chance? And which one do I think, but hope will not, wear the infamous Bust Label? Keep reading to find out.

MONTREAL, QUEBEC – JULY 07: Matthew Savoie is drafted by the Buffalo Sabers during Round One of the 2022 Upper Deck NHL Draft at Bell Center on July 07, 2022 in Montreal, Quebec, Canada. (Photo by Bruce Bennett/Getty Images)

The best move the Buffalo Sabers made: Looking past Matthew Savoie’s size

Savoie would have been at least a top five pick, and perhaps even a top three pick, if he were a few inches taller. But given his slight frame, NHL teams shied away from one of the draft’s most productive prospects, so let’s give Buffalo Sabers general manager Kevyn Adams credit for refusing to turn his back on the undersized Savoie.

His high-octane production made him an easy selection with the ninth pick. And while I also liked Danila Yurov or Joakim Kemell here, I was more than intrigued with the Savoie pick.

Thinking about donating? Take a look at some charities around Syracuse that could use the help