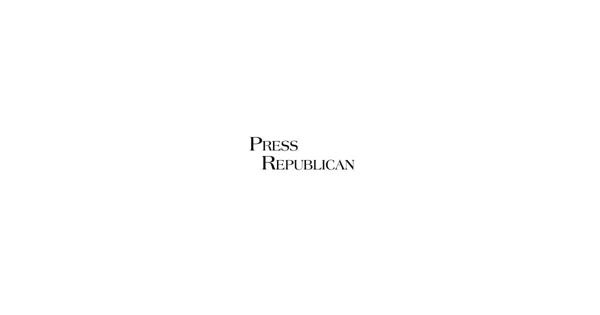 ALBANY — New York’s controversial bail statute was the focus of strong criticism Friday, with top Republicans demanding an immediate emergency session of the Legislature to restore the ability of judges to lock up dangerous defendants deemed.

The pressure came after Republican gubernatorial candidate Lee Zeldin, a Long Island congressman, fended off an attempted assault by an enraged man brandishing what was described as a weapon designed to slash and stab. The incident took place at a Zeldin campaign rally in upstate Fairport while Zeldin and his running mate, Alison Esposito, were addressing a crowd at an event organized at a Veterans of Foreign Wars club.

RELEASED ON OWN RECOGNIZANCE

Neither Zeldin nor Esposito were injured. The alleged assailant, identified by authorities as David G. Jakubonis, 43, of Fairport, was released on his own recognition after being arrested on a charge of attempted assault, a felony.

The weapon was described as a product known as “My Kitty self-defense keychain,” which can be purchased on web retail sites for about $10.

Jakubonis allegedly swung it at Zeldin, though the congressman reached out and grabbed the man’s arm, moments before others rushed the stage and subdued Jakubonis.

“This was a very serious assault on a sitting congressman and it happened on the same night when just several miles away a Rochester police officer was shot to death in the line of duty,” said Conservative Party Chairman Jerry Kassar, a Zeldin supporter.

Republicans argued the campaign of Gov. Kathy Hochul, a Democrat who was installed in the state government’s top job as the result of the resignation of then Gov. Andrew Cuomo last August, stoked sharp division in the state by painting GOP candidates as extremists and calling attention to Zeldin’s campaign schedule just hours before the incident.

State GOP Chairman Nick Langworthy argued that Hochul bears some responsibility for the assault on Zeldin.

“She owns part of this,” Langworthy said. He also contended the incident would pump new energy into the Zeldin/Esposito ticket.

“I think you are going to be seeing a lot more of Lee Zeldin,” Langworthy said.

A spokesman for Hochul’s campaign pointed out that the campaign press release discussing Zeldin’s schedule did not list the specific locations of his public events. The spokesman declined to identify the person or persons responsible for the release, saying only it came from the campaign’s media account.

Hochul, who was traveling in California Friday, reacted to the assault by tweeting she was “relieved” Zeldin was not injured and a suspect was charged by police.

“I condemn this violent behavior in the strongest terms possible,” she said. “It has no place in New York.”

“The deadly pro-criminal policies of the Governor and Democratic Majorities have made New Yorkers less safe,” Ortt said. “Enough is enough. How many more innocent victims must be attacked before Albany politicians wake up?”

“The alleged assailant was arrested and immediately released due to the bail reform laws passed by Democrat leaders, laws that they refuse to change in response to rising violent crime rates,” Stec said. “This is insane, and it’s absolutely unacceptable.”

Sen. Peter Oberacker, R-Otsego County, said the fatal shooting of the Rochester police officer and the wounding of a second officer, along with the assault on a gubernatorial candidate, amounted to a demonstration that the state’s “criminal element is running unchecked thanks to one-party rule in Albany. It is time to end the failed bail reform experiment — to allow judges to act appropriately, help protect police on the streets, and keep the public safe.”

New York law now prevents judges from considering the dangerousness posed by defendants in bail decisions. What supporters call “bail reform” was enacted in 2020 only to be revised again earlier this year.

Bail reform activists argue it is unfair to jail individuals when they are presumed innocent under the law, saying the previous system often led to people losing their jobs and suffering mental health problems because they lacked the cash to make bail.

Law enforcement unions have been among the critics of the new bail standards.

“Even a candidate for Governor is not safe from the Legislature bail reform blunder which has endangered the lives of every New Yorker,” said Paul DiGiacomo, president of the Detectives Endowment Association.