‘Gilded Age’ to Shut Down Albany 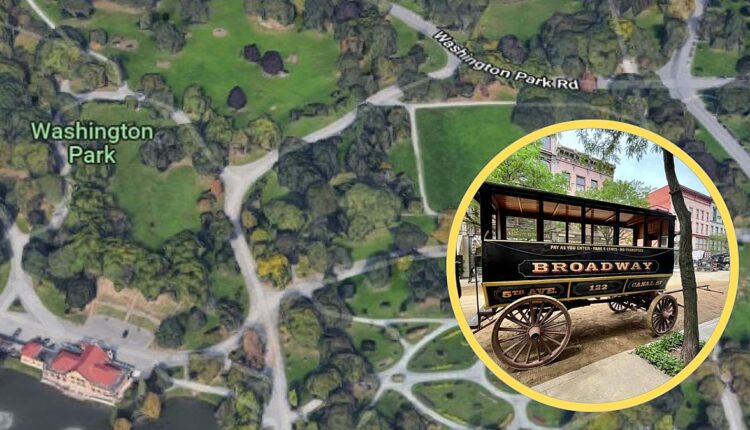 It’s shaping up to be an exciting – albeit somewhat inconvenient for area residents – week throughout various neighborhoods in Albany’s center square as the magic of Hollywood settles into Upstate, New York.

Street signs have gone up, barricades and cones have been placed, and producers and set designers for HBO’s “The Gilded Age” have started to put the finishing touches on many homes in and around Washington Park.

As HBO staff works to transform the area around the 150-year-old, 89-acre park into something that looks and feels like 19th-century New York City, in the heart of the park, you could see dozens of old carriages, covered up to keep them sheltered from the weekend rain.

And “weather permitting”, they plan on starting to shoot scenes on Monday and Tuesday – and possibly later into the week if needed.

It’s exciting to have HBO crews in Albany to film parts of ‘The Gilded Age 2’, but with it comes a whole slew of road closures in and around Washington Park, and in a memo sent out to Albany residents on August 6th, plans for the “alternative parking area” were laid out.

It was noted in the memo to residents that on filming days, “parking assistants” will help visitors make their way around the city while assisting residents with alternative parking areas.

The main alternative parking area, according to the latest notice, is the Albany Thurlow Terrace Parking Lot on Western Ave, between Englewood and Thurlow Terrace in Albany.

WARNING: Under no circumstances should you enter this property. By doing so you risk bodily harm and/or prosecution for trespassing on private property.

In 2003, a father-son business reality show hit the Discovery Channel. It was called American Chopper and it followed the custom motorcycle building business of the Tuttle family out of Newburgh, NY. Paul Sr owned the shop with sons Paul Jr and Mikey working in the business. There was a slew of cast and characters. The center of the show wasn’t just the amazing custom motorcycles built for celebrities and others, it was the volatile relationship between Sr. and Jr. The show ran for 12 seasons before the two could no longer get along. It ended up in lawsuits and the two not talking for ten plus years. In the past few years, the business moved to Florida. This left the 61,000-square-foot headquarters for sale and abandoned. Take a look at what remains of Ocean County Choppers.

BBR: Four Bills ready to make the leap into 2022