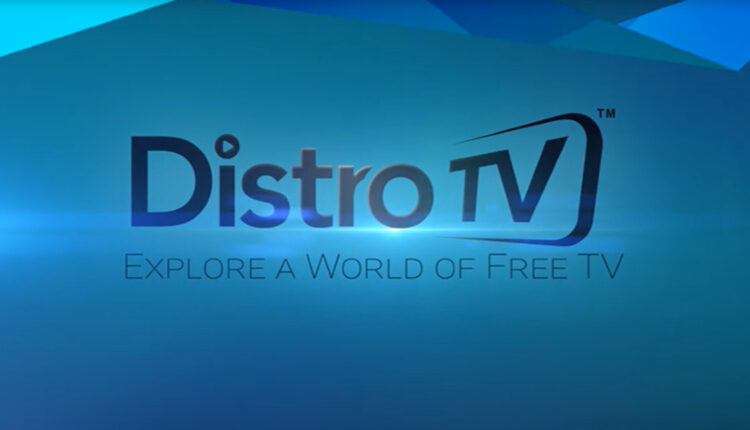 If you’re looking to trim your streaming TV bill in 2022, you may find that the DistroTV app is worth adding to your devices.

This free streaming TV service offers more than 270 channels of live streaming content as well as a variety of on-demand options. And it’s available on most of the popular streaming platforms and devices.

Having a strong variety of free options is key as more consumers decide that they’re not only going to cut the cord from the cable company but also step away from live streaming TV and paid subscription video services.

In this review, we’ll help you decide if DistroTV is worthy of adding to your devices as part of the growing list of options for free content.

For the purposes of this review, I downloaded the DistroTV app on my cell phone, iOS tablet and streaming TV dongle. I used all these devices to examine the differences between the platforms as I analyzed the streaming service for content options and user experience. This review is part of Team Clark’s evaluation of free streaming TV services.

DistroTV is a free streaming service that provides access to live TV streams and an on-demand library of shows and movies at no cost to the consumer.

The trade-off is that you’ll have to watch commercials embedded in the content. So watching a movie or TV show may take longer on this platform than it would on a pay service such as Netflix or Disney+.

Launched by parent company Distro Scale in 2021, this streaming service is intended to compete with other freebies like Pluto TV, Tubi TV, Amazon Freevee and The Roku Channel.

How To Watch DistroTV

You can watch DistroTV without any obligation or credit card. In fact, there isn’t even a mandatory sign-up process that would require as little as an email address.

I was able to access streaming content within seconds of downloading the DistroTV app on all of my devices. The process is similarly swift on the web-supported version of the streaming service, which can be accessed via Distro.TV.

DistroTV offers both live streaming TV channels and a library of on-demand television shows and movies. But don’t get your hopes up for any brand new titles.

But after a few days of poking around what the service has to offer, I was able to pinpoint some of the more popular titles available for viewing.

Grade: If you have youngsters in the household, you may want to keep an eye on what they’re watching on this platform. I spotted a few channels that were for mature audiences only.

Thanks for the addition of 120 channels in June 2022, Streamers now have access to more than 270 free live streaming channels on DistroTV.

These channels span a variety of genres, such as news and entertainment, and feature a mix of both English and Spanish language networks.

There is also a small collection of content from local ABC and NBC affiliates, including news stations from US cities like Albany, New York, Minneapolis, Minnesota, and Albuquerque, New Mexico.

Noticeably absent from this collection are some pretty mainstream national news options available on other free streaming platforms, such as ABC News Now, CBSN and NBC News.

It’s worth noting that you’ll often see “live sports” touted on the channel menu, but many of those shows are simply livestreams of events that have already happened (what we used to call reruns).

For example, I was able to watch a replay of the 2020 Rose Bowl broadcast from ESPN on the CampusLore Sports channel.

On Demand Movies and Television

In addition to the live streaming channels, you’ll also have access to a library of on-demand titles.

When comparing the content library to other free streaming services such as Pluto TV or Amazon Freevee, which have the advantage of access to archives from major studios, you may find that the options on DistroTV leave a bit to be desired. I know that I did when testing things out.

But keep in mind that free streaming services typically rotate movies and TV show content often, meaning that you may catch a better menu of on-demand options than I did at the time of this review.

I was particularly disappointed with the movie selection on this service. I spotted some big Hollywood names, such as Paul Rudd, Jude Law, Anthony Hopkins and Jessica Biel, but the titles I found didn’t include their best-known work.

Here’s a quick look at some of the titles DistroTV had to offer as of June 2022:

Though the content options left a little to be desired, I was actually very pleased with the user experience on both the DistroTV app and website.

The advertisements were not nearly as bad as traditional television, and the app was very simple to use, quick to load and relatively easy to navigate.

How bad are the ads?

Maybe this will change as the service grows and advertiser interest increases, but the advertisement experience on DistroTV was surprisingly tolerable during my test run of the product.

I watched a 44-minute television show on Chris Rock, which no doubt would have been slotted into an hour on traditional TV; on DistroTV, it finished at just under 45 minutes.

The only ad I endured during that program was a 30-second interactive commercial at the beginning of the show, and even that could be “skipped” after a few seconds if you were paying attention and opted to click through it.

The experience of watching a movie with a two-hour runtime was quite acceptable. Approximately once every half hour I’d be faced with the same sort of interactive ad that could run as long as 30 seconds but could be skipped after just five seconds.

Some of the advertisements you’ll see are from mainstream companies like Hyundai and GEICO.

As I’ve mentioned a few times in this review already, the user interface is easy to learn.

The menu is broken up into “Live” and “On Demand”, which you can easily toggle at the top of the landing page or at the bottom of the app screen at any time. There is also a search bar, an option to sort by genre and a button to toggle from English to Spanish.

You can sort live content options by a traditional time-based grid menu or by topic sorted by genre. I’ve included a screenshot of each below.

Still trying to decide whether or not you should add DistroTV to your streaming portfolio? Here are some pros and cons to think over.

At this point, I believe that DistroTV’s live streaming content menu is more appealing than its pretty weak on-demand offering.

Still, I much prefer the live channel experience of Pluto TV or Tubi TV over this service. But I could definitely see working some of the content from DistroTV into your free streaming TV mix.

The functionality of the app is good, so jumping in quickly for a streaming channel or two seems like it could be worth it.

The low barrier for entry and ease of exit for free streaming TV services makes it pretty easy for me to recommend that you check this one out. You’re not risking any money or sensitive personal information to give this one a shot on your device of choice.

Do you have experience watching the DistroTV streaming service? We’d love to hear your thoughts in the Clark.com community!

The Ambulance Chased One Patient Into Collections