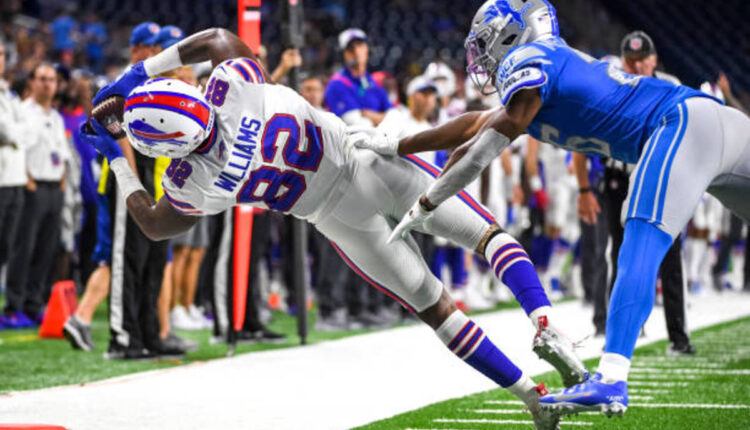 Former Buffalo Bills receiver D’haquille “Duke” Williams has been in the news the last couple of days, but not because of his play with the Saskatchewan Roughriders of the CFL. Before a game against the Toronto Argonauts recently, Williams got in an on-field altercation with Shaq Richardson.

Video shows Williams throwing Richardson’s helmet at him, and according to Matthew Scianitti of TSN, the Argonauts accused Williams of spitting on Richardson as well.

Neither player was penalized for the game, which the Argonauts won 30-24. During the contest, Williams had five catches for 84 yards and a touchdown.

Although neither player was disqualified from the game, that doesn’t mean they’re in the clear. Suspensions on penalties could still come.

Williams went undrafted in 2016 out of Auburn and spent time with the Los Angeles Rams, but ultimately didn’t make the roster. He spent two seasons in the CFL playing for the Edmonton Eskimos before joining the Bills in 2019.

He spent two seasons in Buffalo on the practice squad and active roster. Williams had 166 receiving yards in 2019. His first NFL catch came against the Tennessee Titans and had four catches for 29 yards and the game-winning touchdown.

In a Week 17 game against the Jets, Williams had a career-high 108 yards. He also posted four catches for 49 yards in the Bills’ 22-19 loss to the Houston Texans in the Wild Card round of the playoffs.

He was only active for one game in 2020 and played four offensive snaps.

The Roughriders and Argonauts play again next week.

In Some States, Voters Will Get to Decide the Future of Abortion Rights