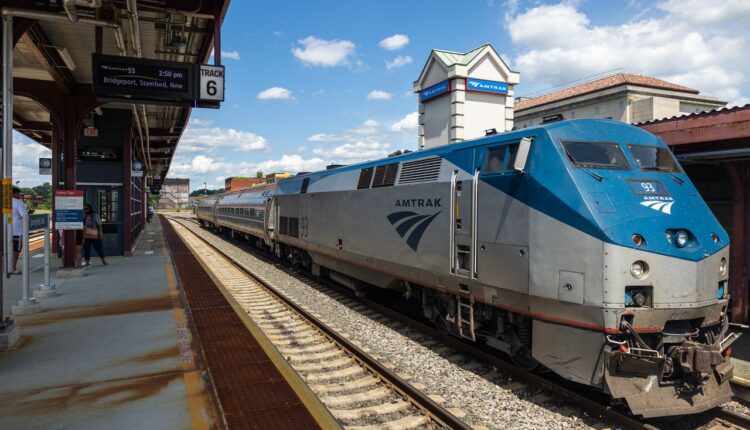 Boosters hope that at this meeting the commissioners will begin to figure out who will build, govern and fund the long-planned expansion of the east-west passenger railway.

“The first hearing was more focused on people coming in and talking about how more rail passenger service is needed,” said Linda L. Dunlavy, commissioner and executive director of the Franklin Regional Chamber of Governments in Greenfield. “That’s not bad to hear”

But the job of the commission, given by lawmakers over the summer, is to work towards a permanent funding and governance structure, likely a railway commission, Dunlavy said. She would like to hear more details. Will there be a new commission? Will it be folded into MassDOT?

The meeting will be held Tuesday, January 24 at 10 am at the John W. Olver Transit Center, 12 Olive St., Greenfield.

On Wednesday, January 11th, MassDOT will also host a virtual public workshop for the Northern Tier Passenger Rail Study, which will look at improving service from Boston to North Adams via Greenfield. The meeting will take place virtually and is public. The link is at mass.gov/northern-tier-passenger-rail-study.

In December, the Massachusetts Department of Transportation submitted a $108 million application for federal transportation funds to fund improvements along the 53-mile railroad between Springfield and Worcester.

It is part of funding for a Boston-Springfield-Pittsfield passenger rail project sponsored by US Rep. Richard E. Neal, D-Springfield, and supported by former Gov. Charlie Baker and current Gov. Maura Healey.

Amtrak, which is also committed to improving Springfield’s service, wants to take some of the trains that now stop in Springfield and have them continue east to Boston in an interim step. But the passenger rail line wants to operate the trains, which will sell tickets and eventually run west as far as Albany, New York.

When lawmakers established this Passenger Rail Commission, they required at least six hearings. One must be held in Berkshire County – it has already happened – and upcoming but not yet scheduled hearings in Hampshire, Hampden and Worcester counties, and one in a community along the proposed Middlesex County routine.

Amtrak now offers only one east-west service through Springfield, with the daily long-haul Lake Shore limited to Chicago.

Increasingly frequent services would connect Springfield to the burgeoning Boston-area economy, the boosters say, giving locals more job opportunities and more housing options for those trapped by the housing costs of eastern Massachusetts.

Buffalo Bill’s DB doctor on Damar Hamlin situation: ‘I never thought about it’