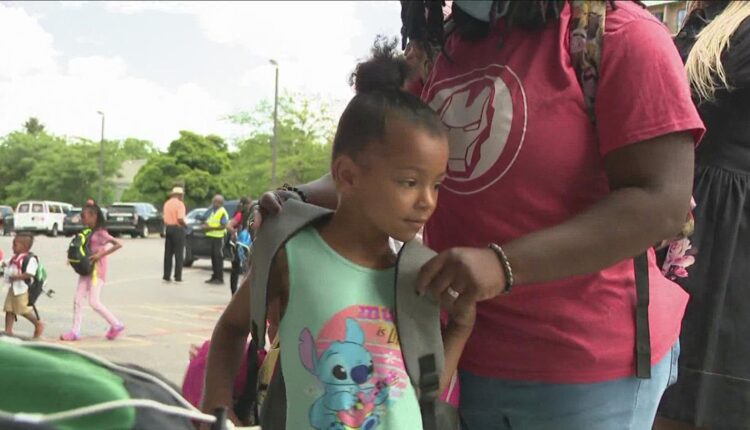 The US Department of Health and Human Services put it on alongside Buffalo Public Schools.

BUFFALO, NY — Healing may look different for everyone.

“It’s very rough. You can’t put an expiration date on another man’s trauma,” said Rev. Dr. Que English, director for the US Department of Health and Human Services (HHS) Center for Faith-Based and Neighborhood Partnerships.

But together, with a little hope, alongside Buffalo Public Schools is trying to get an entire community there just a bit sooner.

Hope is coming in 3,000 free backpacks and food for about 500 families.

“Yes it does. It helps out a lot. We were down at the end of our racks this month and came here and are getting blessed,” said Teeyada Cannon, who lives in the area.

While the day is helping some, others question whether it could change the fear and anxiety neighbors on the east side have been dealing with ever since May 14.

Buffalo Mayor Byron Brown says the city has made some changes.

“We’ve increased police patrol in the Jefferson neighborhood, the 14208 zip code. We’ve also installed a city surveillance camera across from the Tops supermarket that’s being monitored 24/7,” he said.

In June, Gov. Kathy Hochul announced $50 million would be coming to East Buffalo to assist with a food desert and housing.

She now says an additional $4 million in loans will be available to businesses in the area.

“We are investing in the people, the physical community, the ability to make sure they get their payments, get through tough times here with everyone suffering with the rising costs but also infrastructure wise and the streets and refresh this community which is long overdue, ” Hochul said.

Meanwhile HHS is also making promises to a community who is still waiting for peace.

“You are not alone. This is not a start and stop project. We are here for the long haul,” English said.