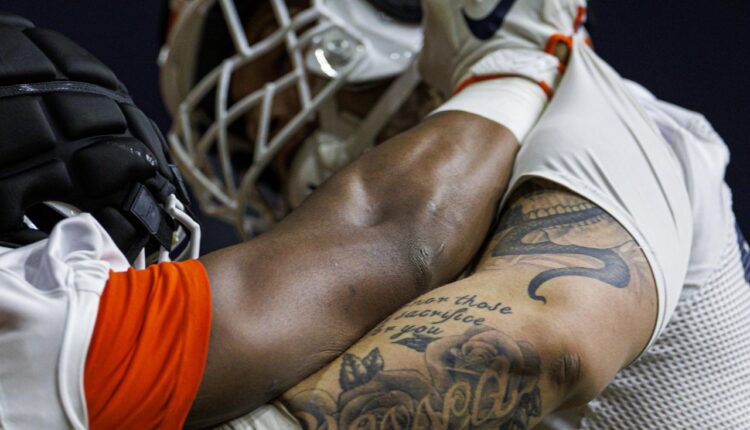 Syracuse football announced Tuesday via Twitter that Darton had been awarded a scholarship for his fourth season with the program. Fall camp began Wednesday morning.

“(Dartons) been here for a long time. He’s been on the football field helping us as a walk-on, and sometimes those things match up or happen and go your way,” Babers said. “He had to wait. He was patient, and then it finally broke for him. We’re excited to have him on scholarship. It’s well-deserved. It was not given, it was definitely earned.”

The Fitchburg, Massachusetts native has been with the program since 2019. He redshirted his first year, then appeared in six games in 2020 and all 12 games last season. Darton has five solo tackles and nine assists.

The defensive line is the position group with the biggest question mark hovering over it as fall camp begins. Only two players listed on the final 2021 depth chart return for 2022 — defensive end Caleb Okechukwu and defensive tackle Terry Lockett.

Despite that, the group was the first to get a shoutout from Babers following Wednesday’s practice.

“(The defensive line) did a great job of staying off our quarterbacks,” Babers said. “Getting in the backfield, showing us some things they can do and then getting off and taking care of their brethren. So any time that we can practice at a high speed and take care of each other, it’s always a good thing.”

State of SU football’s QB room: Garrett Shrader is No. 1, but who’s behind him with Justin Lamson out?