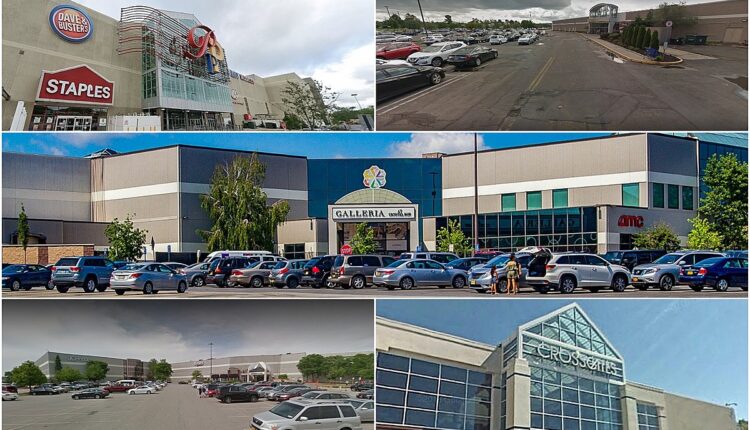 “Innovative” plans are transforming malls in New York and the Hudson Valley into “live/work/play destinations.

On Wednesday, Pyramid Management Group, one of the largest private real estate developers in the Northeast, announced progress on its long-term plan to bring what the company says are “innovative and diversified offerings such as residential housing within the orbit of the company’s enclosed shopping centers.”

Pyramid Management Group owns a number of malls in New York and the Hudson Valley.

“Staying ahead of the curve is the key to our success and resilience as a company,” Pyramid Management Group Stephen J. Congel stated. “The development of a residential complex is really just the beginning of a much broader, portfolio-wide diversification strategy to bring popular, exciting new uses into the mix with our existing assets. We are pleased to be moving forward with other residential projects across our portfolio.”

Progress Made At Galleria at Crystal Run Property in Wallkill, New York

Pyramid Management Group confirmed on Wednesday that progress is being made to build a new 224-unit market-rate residential complex, called “The Galleria Residences” which is being built on five acres of land directly across from the Galleria at Crystal Run.

Dawn Benko for Townsquare Media of the Hudson Valley

“The development will feature a direct walkway connection to the Galleria at Crystal Run, feature four stories and underground parking as well as one acre of recreational space with a patio and pool for barbecues, relaxing and more. The amenity-rich building also features a rooftop lounge and dog park,” Pyramid Management Group stated.

Pyramid Management Group is working with Long Island-based Eliviat Group on the $40 million project. The project is scheduled to break ground later this year, with an expected completion date of June 2024. Officials are calling the development a “live/work/play destination.”

“The popularity of live/work/play destinations continues to increase among the US population, and especially within the Millennial and Empty Nester demographics,” Pyramid Management Group said.

“The Galleria Residences” at the Galleria at Crystal Run is following similar successful straighties that Prymid has used at malls in Syracuse, New York and Albany, New York, officials say.

“The Galleria at Crystal Run (will) follow a similar diversification strategy successfully executed by Pyramid that also brought the addition of hospitality to its Destiny USA flagship property in Syracuse, New York, and Crossgates in Albany, New York,” Pyramid Management Group added .

Google/Dawn Benko for Townsquare Media of the Hudson Valley

Google/Dawn Benko for Townsquare Media of the Hudson Valley

The Pyramid Management Group owns and operates malls in Poughkeepsie, Middletown, West Nyack, Plattsburgh, Syracuse, Watertown, New Hartford, Buffalo and two in Albany. Below are photos of what the apartments could look like.

The Most Gigantic Malls In New York State

New York State is home to some of the largest shopping malls in the country, and many of them are nearby. One is even in our own backyard!

10 Malls Near The Hudson Valley Ranked From Best to Worst

A Capital Region town has topped Roadsnacks 2022 rankings of the worst small towns in the Empire State. Just like any list created by folks not living in New York, these rankings in no way reflect how we feel about these towns and you should take these rankings with a grain of salt. That said, these rankings were formulated based on census data like median income, home values, unemployment rates, crime rates, education, and population density. and more from the state’s 466 smallest towns