Devin Kulka, Kelly Murphy and Michael Sabatini join the Board of Directors of HIA-LI 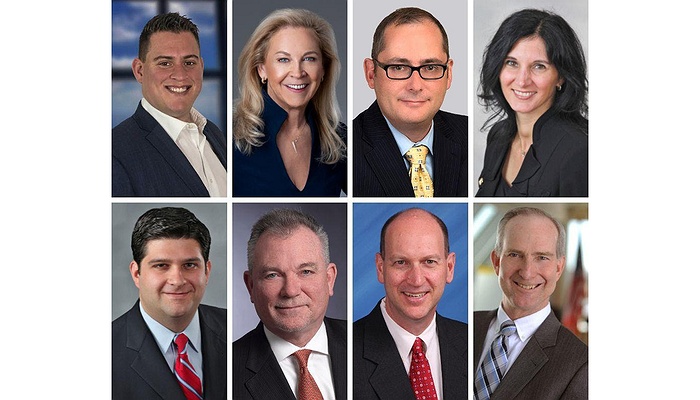 “These three outstanding individuals each bring specific expertise that will help HIA-LI achieve its business goals,” said Terri Alessi-Miceli, President and CEO of HIA-LI. “We are confident that they will all make valuable contributions to strengthening our regional economy. I feel lucky to be working with such an excellent team.”

“Throughout their distinguished careers, these three new board members have consistently demonstrated their commitment to the future of Long Island,” said Carol A. Allen, newly elected chair of the HIA-LI Board of Directors and President and CEO of the People’s Alliance Federal Credit Union. “You will all be sure to play an important role in shaping and fulfilling HIA-LI’s vision for our region.”

Devin Kulka of Dix Hills is Chief Executive Officer of the Kulka Group, a leading construction company engaged in construction management, general contracting, property management and development. He was a successful fundraiser for Northwell Health and founded The Nexus Pro Group, which raises money for local charities. Mr. Kulka is a board member of the Leukemia Lymphoma Society and the Long Island Builders Institute. He is co-chair of the Next Generation Committee for Long Island Real Estate Group. Mr. Kulka is also a member of the Young Presidents Organization. He earned a bachelor’s degree in business administration from the New York Institute of Technology.

Kelly Murphy of Huntington is Associate General Manager of Suffolk County IDA, where she has helped complete transactions that generated more than $1.3 billion in private investment and created or preserved more than 16,440 jobs. Ms. Murphy previously served as Assistant to the Deputy County Executive and Commissioner of Economic Development and Planning for Suffolk County. Prior to that she was Managing Director of the Community Development Agency and the Industrial Development Agency in the town of Glen Cove. Ms. Murphy serves on the Suffolk County Workforce Development Board and on the Workforce and Education Committee of the Long Island Regional Economic Development Council. She is a 2016 graduate of Molloy University’s Energeia Partnership.

Michael Sabatini of Holtsville is the managing partner of the Long Island office of Citrin Cooperman, one of America’s largest service companies. As a Certified Public Accountant in the state of New York, he mainly serves medium-sized companies in a number of industries with different ownership structures. Mr. Sabatini previously worked for a global accounting firm for 17 years, most recently as a partner in the New York City and Melville offices. He is a member of the American Institute of Certified Public Accountants and the New York State Society of Certified Public Accountants. Mr. Sabatini holds both a bachelor’s degree magna cum laude in Political Science and an MBA in Accounting from St. John’s University.

“Rich Humann deserves the praise of the entire Long Island business community for his outstanding service as HIA-LI Chairman,” said Ms. Allen. “We are grateful to him for his dedication, expertise and leadership.”

“Carol Allen is one of Long Island’s most respected financial services professionals,” said Ms. Alessi-Miceli. “She has demonstrated her commitment to HIA-LI and we are thrilled with the leadership role she is taking on.”

Four additional HIA-LI board members are taking on new responsibilities within the organization:

In addition, two rank-and-file board members took up positions as new officers:

Alan Sasserath, CPA, MS, of Greenlawn, CEO of the chartered accountancy firm Sasserath & Co., LLP, was elected Treasurer of the organization. And Michael Voltz of South Huntington, director of energy efficiency and renewable energy at PSEG Long Island, was elected secretary of HIA-LI.

HIA-LI, now in its 44th year, is one of Long Island’s largest business advocacy organizations. It also represents the Long Island Innovation Park in Hauppauge, the largest industrial park in the Northeast. The park supports 55,000 jobs, produces $13 billion worth of goods and services each year, and accounts for eight percent of Long Island’s gross domestic product. For more information, visit www.HIA-LI.org or call (631) 543-5355.