Dangerous heat tightens grip on US 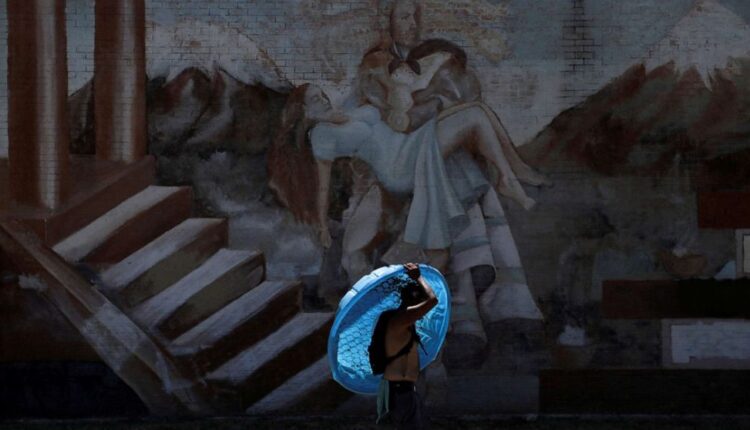 Dangerous heat has tightened its hold on the US with 100 million Americans across 24 states on heat alert Tuesday from Texas to Massachusetts.

While many of these areas will find refuge in overnight drops in temperature, the Southern Plains will not drop below 80 degrees overnight, putting the region in an excessive heat warning.

Experts say such consistent, intense temperatures are dangerous to an individual’s health.

Oklahoma City is expected to reach 111 degrees on Tuesday, with nearby cities staying above 100 degrees throughout the day.

Texas residents are projected to face continuing, stifling temperatures on Tuesday, with Dallas having the potential to break its July heat record of 110 degrees.

The heat continues to spread on Tuesday, tightening its hold on the Northeast.

Washington, DC, Philadelphia, New York City and Boston are forecast to have a prolonged heat wave with temperatures in the 90-degree range throughout the week. On Tuesday, the four cities have highs of 90, 93, 91 and 92 degrees, respectively.

Those temperatures are expected to go even higher, as Washington, DC, and Philadelphia face a high of 97 degrees on Thursday.

The National Weather Service has issued a heat advisory for Philadelphia, New York City and Boston as of Tuesday morning.

On Wednesday, Syracuse and Albany, New York, are expected to reach 99 degrees and Hartford, Connecticut, is set to reach 100 degrees.

With the heat, severe storms have hit the Northeast.

Flash flooding was reported from Virginia to Connecticut on Monday, with 4 to 6 inches of rain dumped along the Interstate 95 corridor.

Some areas of New York City had several inches of rain during a single hour on Monday, leaving highways, streets and subway stations flooded.

According to the MTA, some New York subway stations faced delays and canceled services due to water damage.

At the Dyckman Street station in the Bronx, the third rail — which provides electrical power to subway trains — was impacted as the roadbed was flooded by up to 14 inches of water on Monday, the MTA reported.

Some train services were canceled for several hours as crews worked to drain the water and clear debris from the tracks.

Storm reports also came in from Montana to the Mid-Atlantic, as residents faced damaging winds over 70 mph and baseball-sized hail.

On Tuesday, the Great Lakes and Upper Midwest will continue to see severe and damaging winds alongside large-scale hail.

Severe storms are expected to return to the Northeast on Thursday, with heavy rains and damaging winds posing the largest threat to the region stretching from Connecticut to Maine.

As dangerous heat tightens its hold across the country this week, it is important to watch out for signs of heat illnesses. To learn more about heat safety, click here.